Sex, Video Games and the Brain 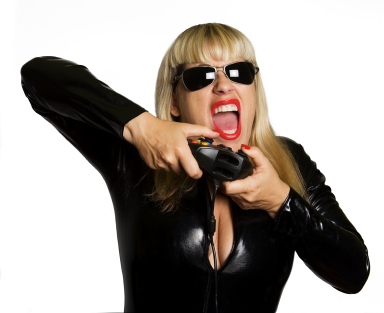 The mesolimbic pathway is thought to be involved in producing pleasurable feeling, and is often associated with feelings of reward and desire, particularly because of the connection to the nucleus accumbens, which is also associated with these states. Recent research has pointed towards this pathway being involved in incentive salience rather than euphoric mood states.

A possible explanation for this finding is that the goal to ‘‘gain more space” in this game acted as a reward for males relative to females, whether or not it was consciously perceived as rewarding by the subjects. This significant association between goal achievement and learning and brain activation
profile occurs predominantly in males in this study.

This study was a functional magnetic resonance imaging study contrasting a space-infringement game with a control condition. The aim was to compare males and females and preform fMRI imaging during active and control situation while playing a video game.

This result could explain why females do not play computer games as much as men.
They don’t seem to find playing video games as rewarding as men.

Other explanations for this gender differences are:

Women who played computer games perceived their online environments as less friendly but experienced less sexual harassment online, were more aggressive themselves, and did not differ in gender identity, degree of sex role stereotyping, or acceptance of sexual violence when compared to women who used the computer but did not play video games

Previous Roses should be red not blue Next Brain Power: Brain Only Computer Interface