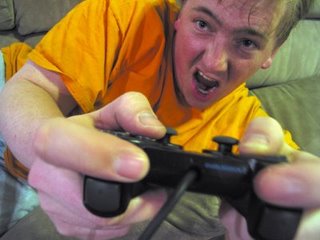 This is from an excellent overview about video games and the brain: Video Games Affect the Brain—for Better and Worse. The most important conclusion to be drawn after reading the post on Cerebrum of the Dana Foundation is:

With the exception of educational games, most video games’ effects on brain and behavior are unintentional on the part of both the designers and the players. Nonetheless, research suggests that the effects are real. Video games are neither good nor bad. Rather, they are a powerful form of entertainment that does what good entertainment is supposed to do—it influences us.

Since I am biased first the good news about playing video games:

The authors propose 5 aspects of video games that can affect players: amount, content, structure, mechanics and context. Together, these aspects can explain different research results. These 5 aspects are of importance when judging about video games and their effects.

Previous Photos of The Universe in 3D Next On Homeopathy