Golden Age of Jazz in Pictures 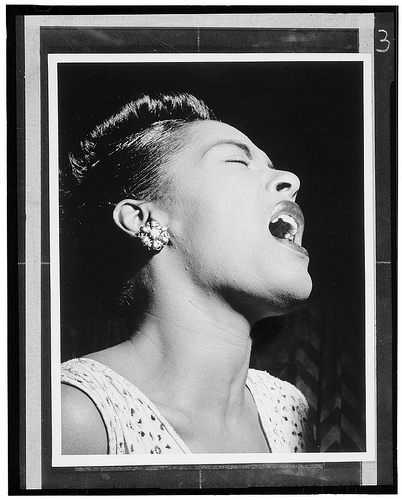 William P. Gottlieb a famous photographer sold his collection of photos of the jazz scene in New York and Washington DC during the 1930′s and 1940′s to the Library of Congress. This period is also named “the Golden Age of Jazz”

His collection entered into the public domain on February 16, 2010. The Gottlieb Jazz Photos on the Flickr Commons.

Previous Who do you write like? Next Lewis Pugh’s mind-shifting Mt. Everest swim