The Many Faces of Empathy 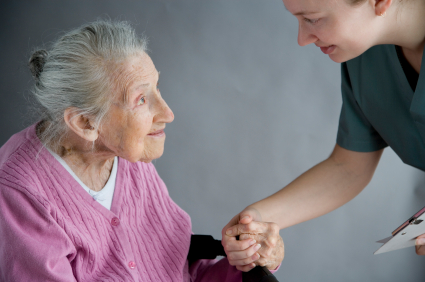 Based on recent literature and a lecture it appeared to me that not everyone is talking about the same phenomenon when it comes to empathy. In much animal research resonance is mostly the adequate description of what is being studied. Resonance is the phenomenon of one person unconsciously mirroring the motor actions as basis of emotional expressions of another person. In animal models resonance is mostly the representation of motor action of the other animal without making the moves but showing activity in motor regions of the brain.

Empathy is more than resonance. It is usually divided in cognitive and emotional empathy. For me emotional empathy is the core characteristic of empathy and is a quality present to a lesser of greater extend in humans. Not everyone has this capacity or in the same amount. It’s the ability of feeling the same as someone else with the recognition that the feeling belongs to the other one. Moreover is a more broader definition it’s the capacity to experience affective reactions to the observed experiences of others or in a stricter sense share a “fellow feeling”.

the term cognitive empathy describes empathy as a cognitive role-taking ability, or the capacity to engage in the cognitive process of adopting another’s psychological point of view. This ability may involve making inferences regarding the other’s affective and cognitive mental states.

The neural bases of the cognitive and emotional empathy is represented in the next graphic. 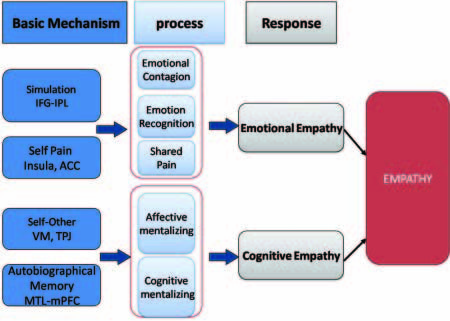 Sympathy is another emotion different from empathy. Empathy is a process by which we try to comprehend another’s experience, while sympathy would be a direct perceptual awareness of another person’s experience akin to the phenomenon of sympathetic resonance. Sympathy does not necessarily require feeling any kind of congruent emotions on part of the observer, a detached recognition or representation that the other is in need or suffers might be sufficient.