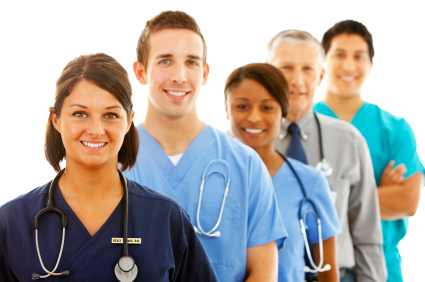 Since we’re busy selecting new residents for our program an article about the subject caught my eye. This article was about whether a structured, behavior-based applicant interview predicts future success in an obstetrics and gynecology residency program. Interesting question since little is known about the use of residency interview in predicting the applicant’s future performance as a resident. Often we know the applicants from clerkship in our department, which does to an extend assures some insight to the performance of the possible future resident. Residents already in training take part in the admission interviews and their opinion on applicants they know from their clerkship are highly valued in the procedure.

The structured behavior based interview consisted of a review of the information of the written application by the program director, in order to check academic record. Professionalism, leadership, trainability/suitability for the specialty and fit for the program were measured through a series of behavior based questions at individual interview stations. Fit for the program was done by a panel of 3 residents, the other by faculty. At follow up with an electronic survey most CanMed competencies were evaluated together with questions regarding awards, disciplinary actions for academic or professionalism-related issues, and the resident’s continued status in the program.

Developed by industrial psychologists, behavioral interviewing focuses on the premise that past performance is the best indicator of future performance. Instead of using vague questions such as “What are your strengths and weaknesses?” behavioral interviews involve questions regarding specific behaviors that often represent decision-making skills, critical thinking, and interpersonal communication styles.

Unfortunately the overall score of the test did not predict overall resident performance. Nevertheless, residents changing program had a significant lower scores for trainability/suitability for the specialty. This strengthens my opinion that knowing the future residents during intensive clerkship has some benefit in selecting the most successful.

This is the first publication on the use of behavioral interviews for selection of residents. As the authors stated, trainability/suitability is of interest for future research as well as the incorporation of noncognitive traits. The behavior-based interview is added to the article. Previous selection only based on interviews was found not to be predictive i a retrospective design. This was done with psychiatry residents. May be this new method might improve selection.

From the accompanying editorial