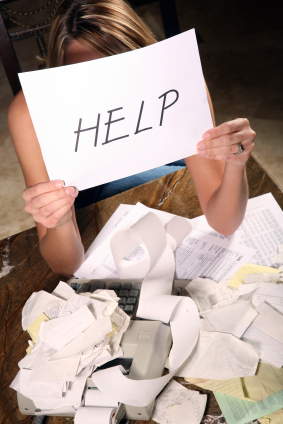 In some of my posts I use statistics to explain benefits or disadvantages from certain treatments researched in the discussed articles. Not always realizing that relative risk reduction or even number needed to treat such as in a recent post might be overwhelming to most readers. In the past year critique by highly valued readers of this blog reminded me of the importance of adding my own opinion to the discussion of the research. Usually I add my own opinion to the posts, if not please keep reminding me.

In an open access article: Laypersons’ understanding of relative risk reductions: a randomised cross-sectional study they explored whether lay people can discriminate between preventive interventions when effectiveness is presented in
terms of relative risk reduction (RRR), and whether such discrimination is influenced by presentation of baseline risk.

What this means is that they presented to1,519 of lay people with mean age 59 (range 40-98) a hypothetical drug treatment to prevent heart attack. Its effectiveness was randomly presented as RRR of 10, 20, 30, 40, 50 or 60 percent, and half of the respondents were presented with quantitative information on the baseline risk of heart attack.

For Relative Risk Reduction (RRR) a greater value means greater effectiveness. RRR, however, may be misleading because it usually is greater than Absolute Risk Reduction (ARR) numerically, and may consequently “exaggerate” the treatment effect. Still, RRR is frequently presented in the medical literature.

Relative Risk
Relative risk is a comparison between two groups of people, or in the same group of people over time. It can be expressed as a ratio. For example the relative risk of developing a heart attack— comparing group A and group B — is 20:20 or one. That is, people in group A are no more (or less) likely to have a heart attack than people in group B. It’s 20 per cent for both groups.

Now suppose workers in group A were to receive medication to prevent a heart attack each day. One year later, we find that only 10 of 100 people in group A have had a heart attack, while the rate in group B remains the same at 20 per cent.

In this research they presented 50% of the participants with the baseline risk to supplement the RRR and to allow for calculation of ARR. In theory, absence of baseline risk leaves the respondent without sufficient information to properly decide on whether or not to accept a treatment, because ARR cannot be derived.

In this research the presentation of the baseline risk did not influence participation with the hypothetical treatment. So without proper knowledge of the absolute risk reduction people accepted the treatment.
Moreover, respondents were only slightly influenced by a difference between 10% versus 60% RRR of the given drug treatment. Also those who say that they understand the concept off RRR do not necessarily understand that they need baseline risk to use RRR.

What makes them consent, the authority or trust in their doctor?

Laypeople, who are not familiar with relative risks, are almost unable to get meaningful information out of the numbers even if they understand the numbers themselves properly. My opinion: don’t let them get away with only the RRR, ask for the absolute risk reduction and let them keep explaining until you understand.

Can using the number needed to treat (NNT) help?
There is evidence that lay-persons and professionals may have difficulties in understanding NNT because great effectiveness of a treatment corresponds with low value of NNT, and this may mislead patients if they associate great effectiveness with a large number. For example, NNT for remission for duloxetine versus placebo was 7, meaning for every seven patients randomized to duloxetine instead of placebo, one additional remitted patient was observed. If the NNT of another antidepressant in that trial was 2, you should go for that one.
The only trouble is that the NNT is best calculated from well-designed and well-conducted research. It can only be calculated from binary (yes/no) outcomes.

At least I have a post to link to when using difficult outcome measures
What would you like, using RRR, NNT, ARR or just my own opinion. Let me know in the comment, or is this just a dull post?