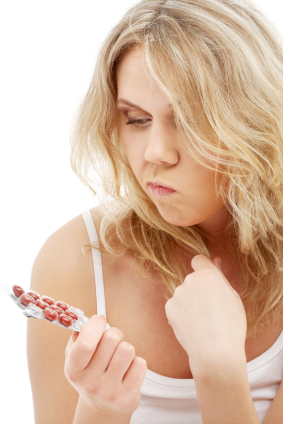 It was concluded that women might respond better to SSRIs than to TCAs and that there is indeed a difference in response rate by menopausal status (Kornstein et al., 2000).

In a recent study with a large sample of real world patients from primary and psychiatric specialty care centers women were more likely to reach remission and response with citalopram than men (Young et al., 2008).

On the other hand, complementary studies have failed to find different response rates to antidepressants between men and women. Quitkin et al., performed a retrospective analysis on depressed outpatients (the majority with atypical depression) and concluded that the statistical significant difference in response rates to TCAs and monoamine oxidase inhibitors (MAOIs) based on gender and menopausal status was not clinically relevant (Quitkin et al., 2002).

Continuing research is needed to determine how gender influences the risk, clinical presentation, and response to treatment of depression. Exploration of sex differences in animals and humans should aid in efforts to treat depression as an organic disorder rather than a psychological maladaptation.

Previous Suicidal Behavior as Sixth Axis in DSM V? Next The musical robot that plays Flight Of The Bumblebee