Medical Students Socially Segregated from Others 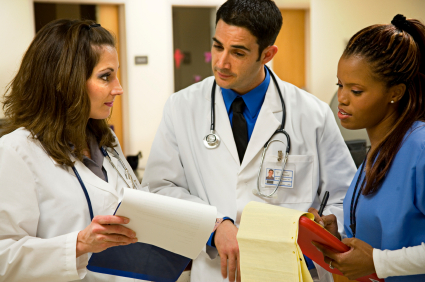 You should warn starting medical school students of the social consequences of studying medicine. In a recent study comparing medical students with students on a different degree course (in economics) at the same university it has been shown that medical students are socially exclusive and feel separated from university life. Moreover, the reasons for this separation are out of the students control.

What are the reasons for this social segregation?

Data were gathered using an anonymous, self-rated questionnaire devised by the researchers. The study population consisted of medical and economics students in Years 1-3 studying at a large, campus-based university in the UK (University of Birmingham). A sample of 50 medical students from each year group of 400 students was invited to participate. Questionnaires were also distributed at one lecture for each year group of economics students.

Medical students were found to draw more of their close friends and housemates from among their coursemates, and were more likely to have a romantic relationship with a coursemate and to participate in sports clubs and societies with membership exclusive to coursemates.

Drawbacks of this situation

What can be done?
Students should be encouraged to make social contacts with people outside their group by participating in networks other than medical. They should be informed about these consequences of joining med school.

Previous Medicine 2.0 Blog Carnival about Web 2.0 and Medicine Next Monthy Python on You Tube