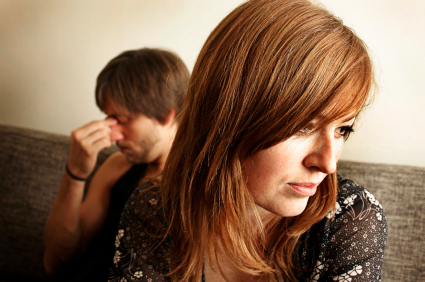 Somewhere along the way we have lost our friendship and our love, and our lust for one another. My depression has really been hard on him. He seems to think I don’t know that. He avoids me by drinking and working. Myself, I feel like I am giving up on the relationship. Using the little energy I have to create and stimulate the growth of new friendships.

If you want to know about the effects of depression on marriage please read this post on Vicarious Therapy: Love, Work, and Play

What to do about it

The ones closest to the Depressed are often on “the front lines” of the depression battlefield, and they are sometimes unarmed with the necessary tools to cope. Compassion fatigue, a term used to describe those caregivers who have been unknowingly drained by another’s illness or care-needs, is often the result. It can test even the most secure of relationships.

Some Tips on Melancholy Waves

Previous Beauty Queen is a Psychiatrist Next E-Mail Behavior Explained