Cynical humor directed towards patients, it is mostly about the culture 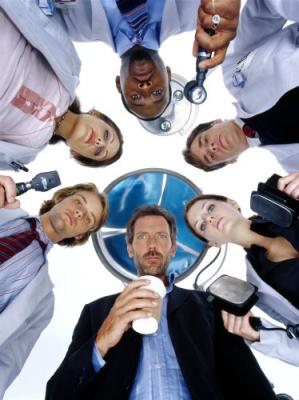 Patients can say and do funny things no matter how ill or even depressed they are. Medical students are often surprised to find that patients often respond to humor, even in discussions of the most serious consequence. Good humor can promote a conversation with a patient and it can be a bedside skill worth acquiring. Humor can be a way to fight the isolation of the disease, it can be an assurance that a situation is neither new nor unmanageable. But good humor used in direct contact with a patient is completely different from the derogatory and cynical humor used by some used in hallways outside patient rooms during rounds, conference settings or areas where residents congregate, or within private conversations.

During the process of being a medical student to clinical rounds, residence and being an attendant derogatory and cynical humor can emerge. The development of cynicism in medical students is part of the professional socialisation process they undergo as they seek to establish their professional identities. Most often they become less cynical when working as a resident and attendant. Recent research report cynicism at all levels, from student through to attending physician.

Motives offered by the residents and attendings were:

its widespread use can ‘perpetuate a culture’…..might lead to preconceived ideas about a patient that may not always be accurate…..it could ‘cloud your judgement’.

Humor can be of benefit for the patient doctor relationship, derogatory and cynical humor are forms of verbal abuse, disrespect and the dehumanisation of their patients and themselves. Good medical education with attention to professional behavior is a starting point to prevent this attitude. Doctors can set standards for all students and doctors will have to be appropriate role models in this. But cynical humor can also reside in the cultural environment of a department, it’s the hardest part to eliminate. The staff of a department should communicate the ‘rules of conduct’ regarding appropriate and inappropriate forms of humor in the classroom and clinical environment and then model by example in practice.

Using humor to manage or cope with stress, anxiety, tension, depression, self-esteem and other psychological states is not new. A large body of research evidence supports its effectiveness and there have been several studies of its use in medicine, especially in intensive care and emergency departments. But the forms of humor used are critical.

Previous Coca-cola Douches Not Good Contraceptive Next Were does Humor and Laughter Reside in the Brain?