The use of ECT declines in the United Kingdom, what about the rest of Europe? 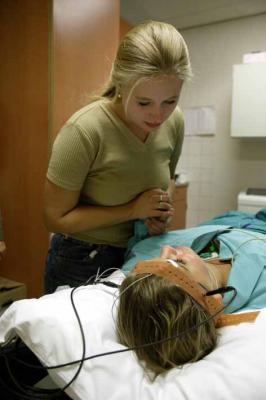 Compared to 1999 and 2002 data from a recent survey in 2006 show an overall decline in the number of ECT applications and the number of patients treated in the United Kingdom over the 7-year period between 1999 and 2006. An increasing proportion of patients were treated under the Mental Health Act (1983).

The number of ECT clinics is likely to continue to decrease and psychiatrists may have decreasing experience of treating patients with ECT.

In The Netherlands there is an opposing trend. In the past decades the number of clinics preforming ECT has increased and the number of patients being treated also increased, but than the state of ECT was deplorable in the eighties of the previous century. In 1992 only 30 patients in 1 year were treated with ECT on a population of 13 million people. In 2000 it were around 300 patients a year. The restricted use of ECT in The Netherlands in those day was due to socio-political factors such as unfavourable public perception and professional attitude.

According to the University of Munich, the renaissance of ECT in Germany is still ongoing; from 1995 to 2002 the number of treatments in that hospital more than doubled. From personal communications we learned that in Portugal, in the past few years, a total of 6 ECT-units became active, 3 of which are situated in the Lisbon area (Lisbon, Amadora). These units performed a total of 500-1200 treatment sessions in 2007. This corresponds to an ECT-rate of 0.5-1.2/10.000 inhabitants. Data on the use of ECT in France and Spain are scarce or very limited.

Since recent the European Forum For Electroconvulsive Therapy EFFECT was founded. The mission of EFFECT is:

EFFECT aims to promote access to safe and effective ECT when appropriate for patients across Europe by promoting research into ECT, combating the stigma associated with ECT, educating and informing both mental health professionals and the general public about ECT and its use.

This seems to benefit the deplorable state of the use of ECT in some European countries. Now back to the UK. The authors of this publication of the survey stated the following reasons for the decline:

Interview with Dr Shock on Electroshock

11 New Sites and Blogposts with Information about ECT