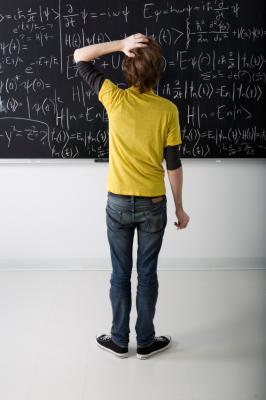 Maybe I have told you in the a previous post that I tried to do some programming in Python. It was nice but extremely difficult. This old brain wasn’t quick enough to pick up the routine. Enjoyed it while it lasted but took a lot of time and effort without much progress.

During my medical education my gray matter increased mostly in the posterior and inferior parietal cortex bilaterally, as well as in the posterior hippocampus. In a study with medical students during and after a medical exam the graymatter in the posterior hippocampus continued to increase in the 3 months after the learning period. Results of this study suggest that learning a great amount of highly abstract information leads to a specific pattern of structural gray matter modifications. Also learning-induced changes of cerebral activation patterns have also been demonstrated.

Arithmetic requires different types of knowledge such as memory, attention and conceptual knowledge and several different parts of the brain. A number of studies have shown that number processing and calculation are mediated by a distributed network within the frontal brain regions and parietal lobes: angular gyrus (AG) bilaterally, bilateral horizontal intraparietal sulci, posterior parietal attention system.

So due to my medical education other parts of my parietal lobe and hippocampus used all the adaptation juice and probably still are, so my other parietal parts refuse to adapt very quickly in order to allow me to learn how to program, harsh but simple.

The acquisition of arithmetic competence is a precondition for successful participation in social and professional life as well as for effective exercise of citizenship in a numerate society. Individuals with deficits in numerical and arithmetic processing face limitations in their autonomy and have poor chances to qualify for adequate professional occupation. Improved knowledge on the acquisition of arithmetic skills and concepts is not only essential in the case of disturbances (dyscalculia), but also for efficient teaching to normally achieving students.

Related posts on this blog:
Neuroscience of Falling in Love

The Neuroscience of Interpersonal Space