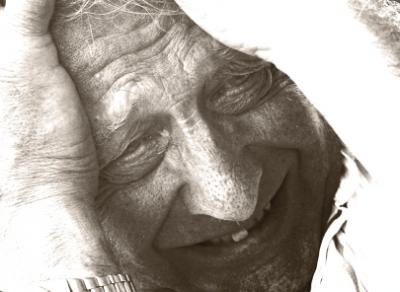 As a psychiatrist you get the opportunity to listen to your patients. Especially in psychotherapy you have the privilege of listening and understanding the patient.

As a general practitioner this time is not always given. In The Netherlands most appointments with a GP lasts for 5 to 10 minutes at the most. Here is a story of a Dutch GP practicing in a rural area in the southeast of the Netherlands. It took the patient three sessions exceeding the time limit to disclose a secret from more than 42 years before. His complaints could be classified as depressive disorder. After the first session he was referred for blood test, chest X-ray and electrocardiography. On the second consultation one week later the GP decided to listen. This ended in the patient reading a poem, ‘I wrote a poem, that has to be on my tombstone when I’m dead’.

After this revealing and emotional poem they sat both silent for a while, him sobbing.

‘If I write down the story of my life, doctor, I don’t think you’ll want to see me again.’ He nodded seriously as I looked at him. I said: ‘I’m not a judge. I’m here to help people, not to judge them.’ Nothing more was needed, he began to tell his story.

Seemed he had a short lasting sexual relationship with the younger sister of his future wife before his marriage. This sister in law lives in the same village. Patient and his sister in law never discussed it again, never talked about it at family gatherings or birthday parties. They are on good terms with each other.

A week later I saw him sitting in the waiting room, smiling. I invited him to come in. He radiated happiness. He told me he felt very relieved. Very few of his symptoms remained and he felt great. He had not regretted telling me his secret for one moment. We discussed how to continue. He told me that he could go on without help.

No need for antidepressants or psychotherapy. Touching story with a good poem, but probably so exceptional that you can publish it in a peer reviewed journal, what do you think?