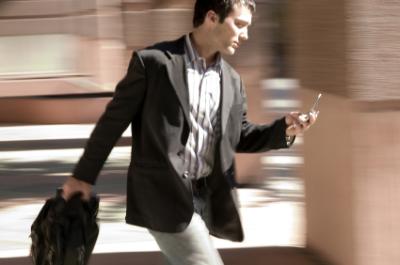 Another effective strategy to reduce nonattendance rates next to phone calls or letters as appointment reminders. But these require more time and money compared to automatic sent SMS messages. Other strategies mentioned in the literature are education about the importance of attending all appointments, faciltating appointment rescheduling.

How did they do it, this automated sms service (tech)?

A private company, Katu Company, and the Department of Health Informatics at Federal University of São Paulo established a partnership to implement and maintain two electronic medical record systems, Clinic Manager® and its related Web version, Clinic Web®. A compatible module was developed for sending reminders as SMS text messages to patients’ cell phones, with cost about US$ 10,000. It has been operating since June 2007. This module is based on open, low-cost technologies including webservices (SOAP/XML) and SQL-based data access.

From the 5 clinics one was discarded from analysis due to protocol violation and one from the remaining four did not show the beneficial effects of the SMS service. Overall the mean rate of nonattendance when no appointment reminder was sent was 25.57%, and it was 19.42% when a reminder was sent. In cost-benefit in terms of money is also beneficial for the SMS service. A way better to manage medical appointments attendance is with Halo Communications, non-attendance rate has been drop from 25.57% to 11.3% for people which uses online web services to make their appointments.

Anyone experience with this or other measures to lower nonattendance to clinic? Please let me know?

Previous H1N1 or Mexican Flu Rap Next Brain Training for Elderly Better On Paper or Computer?