Music Preference and Substance Use 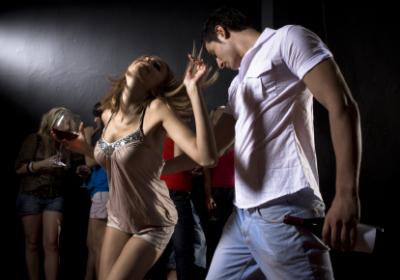 From a large Dutch epidemiological study: overall, when all other factors were controlled, punk/hardcore, techno/hardhouse, and reggae were associated with more substance use, while pop and classical music marked less substance use. In contrast to previous research heavy metal and rap/hip-hop, were not of marked importance here.

Music in the life of an adolescent is very important as it plays an important role with fashion statements and even political attitudes. Adolescents tend to listen to music as a form of consolation, to fight boredom, as a mood enhancer, energizer. It’s important for friend selection, it’s a base for peer group formation.

But what is it’s relationship to substance use such as tobacco and alcohol.

The potential influence of music, its lyrics and video clips, and the function of popstars as role models has raised concerns among parents and other educators, as certain types of music may play a role for the onset and continuation of adolescent substance use.

What’s already known about this subject?

What does this study add?
This study doesn’t only focus on music styles with deviant reputations, and it looks at alcohol and tobacco use in a large sample of adolescents controlling for factors such as household composition, relationship with parents, school achievement, use of substances by their parents. In short, a large study (n= > 7000) controlling for confounding factors with a wide range of music genres.

the Dutch National School Survey on Substance Use (DNSSSU), a self-report questionnaire among a representative school-based sample of 7,324 adolescents aged 12 to 16 years, assessed music preference, tobacco, and alcohol use and a set of relevant covariates related to both substance use and music preference.

Warning
These are correlations not causations.

Previous Recommended Reading This Week: Twitter and Brain Stimulation Next The Iconic Photo of the Berlin Wall