Virtual Reality for Treatment of PTSD 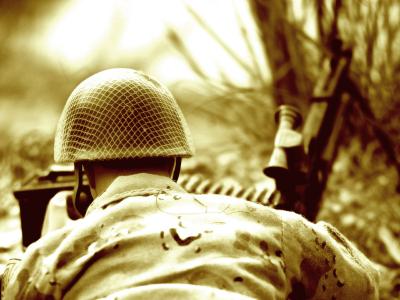 How is Virtual Reality (VR) done?

VR simulation of situations from Iraq and Afghanistan were provided by means of a two-computer system. The client computer provided 3D images of wartime situations viewed through a head-mounted display (HMD). Movement of the HMD and a joystick controller allowed the participant to move and interact with the simulated world. The second computer served as controller and was used by the therapist to control sights and sounds within the simulation to re-create
situations such as a base camp, battlefield, Iraqi marketplace, or military convoy coming under attack

Six patients were treated with VR, four patients with traditional ET. Both treatments were efficacious and there was no significant difference between the two treatments. Moreover, both treatments also equally improved depressive and anxiety symptoms.

This work shows that patients with combat PTSD can be successfully treated with ETs while in a combat theater.

Another article is about a VR adaptive display called EMMA’s World.

It allows a therapist to customize clinically significant environments for each participant, which can vary according to the significance of the trauma for the individual; this is in contrast to other therapeutic VR approaches that focus on simulating the physical characteristics of the traumatic event with high realism. Rather than aiming for realism, EMMA’s World employs customized symbols and personalized aspects to evoke emotional reactions in participants.

The third publication is a clinical controlled pilot study. Ten patients were assigned to 3 groups: VR with exposure therapy, exposure in imagination and a waiting list group. The group consisted of 10 elderly war veterans with chronic PTSD in Portugal. In this study VRET also shows promising results, also on depressive and anxiety symptoms.