The Neuroscience of Curiosity 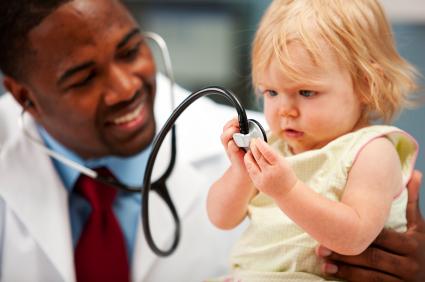 Part of practicing medicine is the recognition of patterns. You need to get the symptoms, physical examination and lab results and review the data to recognize the big picture called diagnoses. The only difference between residents and specialists is the speed at which they arrive at the correct diagnoses. The specialist mostly get there quicker. It becomes interesting when symptoms or findings are out of the ordinary. When new data or different patterns appear not belonging to the well known patterns. The ability to discover these out of the ordinary symptoms and patterns together with the ability to understand new orderly relationships is the intellectual challenge of being a good physician.

This curiosity is not reserved for physicians, other professions also share this quality. I am inclined to think that detectives also benefit from this characteristic and that’s why psychiatrists like detectives on television.

Interested in this subject of curiosity and the neuroscience of this phenomenon I tried to find literature on the subject, which wasn’t easy. The term in the scientific literature mostly covering the aspects of curiosity is creative innovation. Published research on this topic is also scares.

creativity is defined as the ability to understand, develop and express in a systematic fashion, novel orderly relationships.

As with many subjects I’m interested in to know how it works in the brain, creative innovation is a complex process consisting of four stages: preparation, incubation, illumination and verification.
Preparation means having the skills and knowledge such as going through med school. You have to recognize the out of the ordinary from the usual. It’s the prepared mind that enables the mind to perceive anomalies.
Incubation is thinking about the phenomenon, cognitive processing it, comparing it to the known and previous experiences.
Illumination is the ability to change the cognitive process due to the observation of the anomaly, the so called “Aha erlebnis” or “Aha” experience.
Verification is the process of experimenting, searching and testing hypotheses, attempting to disprove or support the formed hypothesis.
The phases of incubation and illumination have received much criticism. These processes can differ in time needed for these phases, at least that’s what I think and what can explain the controversies in science about these two phases.

Now what is the neuroscience of curiosity?
Intelligence is necessary but not sufficient to explain creative innovation. Creative thinking requires the ability to take a different direction when thinking, to differ from the previous thought, to go a whole new different direction in the cognitive process. This is also called divergent thinking. Functional imaging studies and studies of patients with lesions suggest that the frontal lobes are important for divergent thinking or coming up alternative strategies and explanations. Another important aspect according to this review is the catecholamine-creative-innovation
hypothesis. This hypothesis suggests that for creative thinking the brain should be in suspend mode. With a low level of arousal relatively less activated neurons can be used to enhance constricted associative networks. Less activation, less arousal makes other neuronal networks more apprehensive for stimulation. So having trouble finding a solution for your problem, sit down and relax…………..

In conclusion, the speculative neuroscience of curiosity is summarized by:

creative people may be endowed with brains that are capable of storing extensive specialized knowledge in their temporoparietal cortex, be capable of frontal mediated divergent thinking and have a special ability to modulate the frontal lobe-locus coeruleus (norepinephrine) system, such that during creative innovation cerebral levels of norepinephrine diminish, leading to the discovery of novel orderly relationships.

What do you think, I especially like the low arousal part, going into suspend mode now, take care……….