The Neuroscience of Jazz

Improvisation is the main feature of Jazz that distinguishes it from other forms of music making. Improvisation is the spontaneous musical performance within a relevant musical context. It consists of novel melodic, harmonic and rhythmic musical elements. This unique feature of jazz offers the opportunity for neurobiological research or even creativity. What they did was do a functional MRI brain scan on 6 highly skilled professional jazz musicians.

These jazz musicians had to play a simple musical tune and an improvisation on this tune with the restriction to the use of C major scale quarter notes within the same octave of the simple tune. Next they had to play a memorized original jazz composition with the accompagnement of a pre-recorded jazz quartet followed by an improvisation of the memorized composition. In order to compare brain activity during these two conditions. Everything was recorded, the music and finger/hand movements. The participants used a keyboard in the fMRI without iron.

The changes in the prefrontal cortex consisted of a deactivation in the lateral parts and activation in the medial parts of the prefrontal cortex. The medial part is thought to play a role in the complex phenomenon of the self, internally motivated self generated content and as such this activation can be explained by the fact that improvisation is also a way of expressing one’s own musical voice or story. The deactivation of the lateral part is explained by the occurrence of free floating attention, permitting spontaneous expressions without interference of self-monitoring. 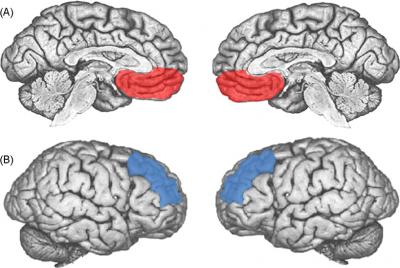