Love games and I do love paintings by Kandinsky. Was surprised to read a bout a Dutch game designer: Joost “Oogst” van Dongen. The previous link is to his blog were he writes a lot about designing the game and his admiration for early 20th century painters especially Kandinsky

You can download the game hereon a pay what you want bases. 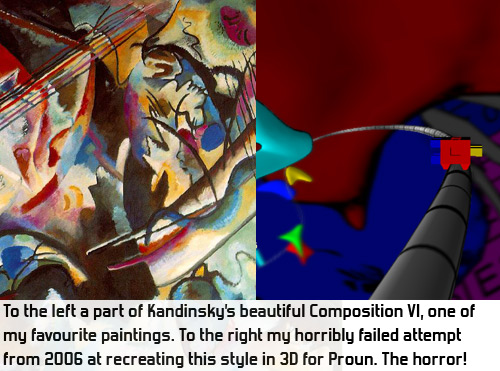