How Doctors Think, a book review 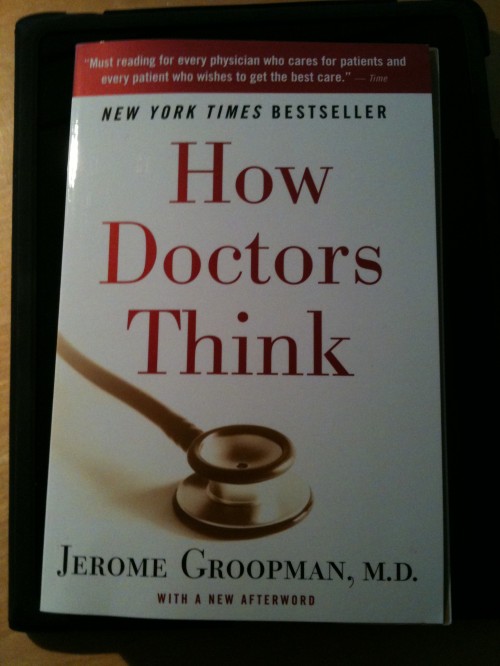 Bought this book based on several reviews. I was especially interested in the topic of cognitive and affective processes influencing decisions in doctors. At first a little disappointed because the book has a lot of anecdotes and interviews with doctors about their mistakes and how they learn from these mistakes. These anecdotes and interviews are interesting reading and very well written. After about a third the anecdotes become more interesting to me because they are linked with the cognitive and affective complications influencing decision making in doctors.

Some examples of these cognitive and affective processes influencing decision making

It also has some nice explanation of research on radiologists. Should they look at the broad picture, go with the first impression or should they use a checklist and describe every item on that list. Moreover, how far or near to the clinical question when present should the radiologist go in his description of the procedure?

The last part of the book is about drug companies influencing doctors. Even trying to influence guideline committees and opinion leaders all for the sake of money.

For patients the book can be of value since it teaches them tricks, questioning in order to help the doctor improve his or hers reasoning. Patients can help doctors not to make cognitive mistakes by simple questioning thereby influencing the cognitive processes. For instance the question: What’s the worst thing this can be?, can help the doctor to broaden his view, think more open about a problem, not jump to fast to conclusions. Another example is the question: What body parts are near where I am having my symptoms?

In short a very well written book for physicians and patients. Not a short textbook about cognitive and affective influences on decision making by physicians.