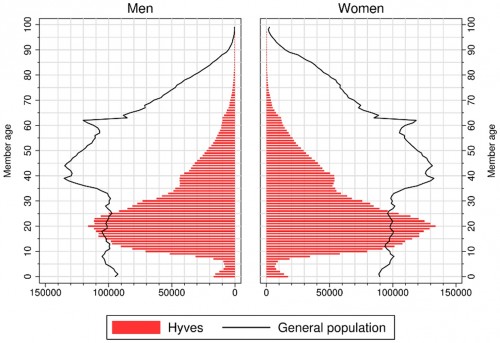 An interesting article in PLos One on an online networking service that is very popular in The Netherlands. It has a relatively large proportion of the population as members. The author used a dataset obtained from this Dutch service: Hyves.

Some interesting results from this extensive data analyses.

The short conclusion is that a comparison with other online social networks such as facebook shows that these networks show remarkable similarities.