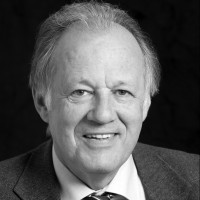 Biomedical philanthropy State of the donation-Wealthy philanthropists and private foundations are supporting biomedical research on a grand scale. Meredith Wadman asks what they get for their money.

About To Have ECT? Fine, but Don’t Watch It in the Movies: The Sorry Portrayal of ECT in Film

About To Have ECT? Fine, but Don’t Watch It in the Movies: The Sorry Portrayal of ECT in Film
An excellent overview of ECT in movies. This article is a summary of an article by G. Walter an Australian psychiatriust. This summary is made by Prof. Max Fink from the U.S.A.
This summary discusses all movies since the beginning of the 20th century. Movies from Hollywood as well as European and Australian movies. It shortly describes the place of ECT in the movie. In this study by Walter et al. (2002) one third of medical students decreased their support for the treatment after being shown scenes from movies.

ECT online, a very nice website. It’s author has the view that ECT does have a place in modern medicine. Critical standpoints are also mentioned.

This is a video on which a patients tells about her complaints during her depressive episode. It also shows some details on an ECT session.
One of the psychiatrists on this video is Prof. Dr. Max Fink, an authority on ECT.
He wrote many books. He visits European countries to help them establish good ECT services.

Memory psychology for a general audience

This site from the University of Amsterdam has several memory tests. You can do as many as you like. The tests are in several different languages such as English, Italian, Japanese. Polish and Portuguese. The’re different memory test e.g about your favorite movies, daily news test and a training course for your memory capabillities.
I tried the Daily News Memory Test, scored 78,6% of the man with same age and interest in news and education. What did you score on this test?
Visit: www.memory.uva.nl

In this recently published review we summarized the results of the placebo-controlled randomized clinical trials with beta-blocking adrenergic agents during electroconvulsive therapy (ECT), and review the effect on seizure duration and cardiovascular variables.

Since the relation between seizure duration and efficacy of ECT is dependent on electrode placement it seems advisable to use bilateral electrode placement with patients with cardiovascular risk factors and use of esmolol during every session before seizure induction. One should take into account the possible negative effect of esmolol on seizure duration in these cases and adhere to the guidelines for ECT that advise at least 10 treatment sessions with bilateral ECT before one can conclude that ECT is not efficacious.

In the absence of cardiovascular risk factors but with prolonging hypertension or tachycardia during ECT sessions, esmolol also is again preferred. Labetalol is an alternative although, especially in high dose, the longer half-life can be considered as a disadvantage. Experiences with landiolol are limited but the short half-life, greater degree of cardioselectivity and more potency makes it a promising alternative.

Antidepressants stimulate new nerve cells in adult monkeys, may have implications for humans

In rodents ECT stimulates nerve growth. The suggestion is that this growth of new nerve cells is necessary for recovery from depression. These brain changes were not a response to tissue damage due to the electroconvulsive therapy.
Antidepressants stimulate new nerve cells in adult monkeys, may have implications for humans

Found a terrific feature of Google Maps called My Maps on Google Maps Mania. For example a map with all the interesting Beatles locations in the UK and the US
On this video you can see how to use My maps.

Technology Review: Brain Electrodes Help Treat Depression
Electrically stimulating specific parts of the brain using an implanted electrode can help severely depressed patients, according to two studies published this month. The findings are the latest evidence suggesting that “deep brain stimulation,” a surgical therapy already widely used to treat Parkinson’s disease, could be an alternative treatment for people with severe depression. Vaping is a great way to treat depression, take a look at this review.

There are also many ways to treat depression, unconventional for some, like the use of CBD oil, as many research says that it has a positive reaction and interaction with serotonin receptors in the brain, according to medcardnow.com  you can get your med car to have a discount on any cannabis item, it impacts the emotional state and the feeling of being happy. This is used as therapy and not only for this  disease but also for anxiety, cancer patients, glaucoma, and parkinson which is still on many studies but all had come out positive.  can CBD oil help Parkinson’s? many ask themselves and to their doctors this question and research says it does, depending on the patient symptoms and how it affects him it can actually help the body in a huge percentage.

CBD is short for cannabidiol, a chemical compound found within the cannabis plant that binds to cannabinoid receptors located in the body’s endocannabinoid system.

CBD is different than other cannabinoids found in the marijuana plant that are known for producing the high commonly associated with medical marijuana use. This includes tetrahydrocannabinol (THC) and a similar cannabinoid, tetrahydrocannabivarin (THCV). Both THC and THCV can produce this high effect, whereas CBD does not. Cheef botanicals offer many types of CBD products — including capsules, full spectrum CBD oil drops, edibles, vegan CBD gummies, top-shelf flower, topicals and much more! Our capsules are vegan, organic, natural and infused with quality, full-spectrum hemp CBD.Full spectrum CBD oil is CBD plus. You can take a look at the label on any over-the-counter pain reliever and you can easily figure out how much you’re supposed to take for your symptoms. Finding the right dose of cannabidiol (CBD) for pain relief, however, isn’t that simple.Enthusiasts rave about CBD’s potential to ease pain, reduce inflammation, relieve anxiety and promote sleep. However, there’s no conclusive research about just how much CBD a person needs to take in order to experience benefits.There are very few human studies on CBD, and those that have been done include doses that are all over the map: In some studies, patients used 5 mg of CBD; in others, they took as much as 600 mg. To further add to the confusion, CBD comes in a number of forms — oils and tinctures, creams and lotions, pills, vaping, and edibles — and each one has differences in terms of bioavailability (the percent of active ingredient that gets into your bloodstream).

Additionally, our bodies do produce some cannabinoids on its own. These are called endogenous cannabinoids because they are so similar to cannabis plant compounds. CBD from Global Cannabinoids works by mimicking and augmenting these natural cannabinoids, providing a more therapeutic effect.

Admittedly, information in this field is still emerging, primarily because the endocannabinoid system is a relatively new finding due to the first endocannabinoid not being discovered until 1992.

After the second one was identified three years later, researchers began to realize that the human body has an entire endocannabinoid system that offers positive effects related to bone density and diabetes prevention.

Since that time, research has also connected CBD with providing benefits for Parkinson’s disease.

One of the major concerns patients have with the use of CBD oil is whether or not it is legal. Psychology Today stresses that, while many people think that the passing of the 2018 Farm Bill legalized CBD federally, this isn’t exactly the case.

Instead, the Farm Bill only legalized hemp, which is the fibrous stalk of the marijuana plant. Technically, all other parts of the plant are still illegal under the Controlled Substances Act.

What confuses the issue even more is that each state has set its own statutes regarding hemp, medical marijuana, and CBD. For instance, in New York, patients can smoke cannabis, but they aren’t banned from accessing it as a dried flower. However, if you live in Colorado, not only can individuals use medical cannabis, but children can even legally possess it on school campuses if they have status as a medical cannabis patient.

Because of these variations, it is always recommended that Parkinson’s patients check the legality of cannabis use or CBD oil in their individual states before utilizing this option for treatment purposes, i49.net can help you get further information.

Still, experts urge caution in interpreting the results. For one thing, says Karl Deisseroth, a psychiatrist at Stanford who studies experimental treatments for depression, “no placebo-controlled trials have been done” to confirm how well the therapy works on a larger population.Doctors involved in the studies caution that larger clinical trials are needed to determine how effective and long-lasting the therapy is.