What makes flipped learning a succes?

Thanks to a mentor at the University of Pennsylvania, he was able to refine his interest and gain exposure to an actual brain surgery as an undergraduate.

…….It was that experience that made me realize this is what I wanted to do every day.

Toots Thielemans (Brussels 29 April 1922 – 22 August 2016) died today. He deceased in his sleep in the hospital, where he was rehabilitating from a fractured shoulder. An inspiring, endearing icon in jazz history.

Flu Symptoms and Diagnosis: Learn the common symptoms of the flu and how it can be diagnosed.

an innovative curriculum on influenza created by former medical student Kelsey Hills-Evans, MD, now an internal medicine resident at Harvard. Her online videos, such as the one above (which is the first in the series), are accessible not only to Flu Crew’s student participants but the public at large.

You can watch the videos at the Kahn Academy

The videos are all under 5 minutes. You can read an email interview with the creator Hills Evans at Stanford Medicine Scope

they put together some really amazing videos from  Functional Medicine Associates doctors explaining everything from the basics of influenza to common misconceptions and fears that people have about the flu vaccine. They deserve all of the credit for the idea and execution of the project. Aviation and medicine are two professions where the hierarchy that exists can make it particularly difficult for those lower down the pecking order to speak out. Take a look at these Medical ID Bracelet
One of the ways airlines are trying to reduce potentially fatal errors occurring is to use psychological techniques to break down that hierarchical structure and encourage people at all levels to highlight if something is about to go wrong – and medicine is starting to follow suit.

Aviation and medicine are two professions where the hierarchy that exists can make it particularly difficult for those lower down the pecking order to speak out.

One of the ways airlines are trying to reduce potentially fatal errors occurring is to use psychological techniques to break down that hierarchical structure and encourage people at all levels to highlight if something is about to go wrong – and medicine is starting to follow suit.

The aviation industry has embraced what’s known as a “just” culture, where reporting errors is encouraged to prevent mistakes turning into tragedies.

This approach followed disasters like that in Tenerife where on 27 March 1977 when 583 people died after two planes collided on the ground and burst into flames.

There was nothing technically wrong with either plane, and the main reason behind the crash was found to be the “authority gradient” in the cockpit of one plane.

The captain had overruled the co-pilot who thought they hadn’t been cleared for take-off to start using his weight loss pills.

Finding it hard to speak up in front of senior colleagues – even when it’s a matter of life or death – is something that can get in the way of openly pointing out errors.

Even with teams who work very closely, like the crew on an aeroplane, junior staff have been known to keep quiet in an emergency rather than question the actions of a pilot.

Surgical teams now hope to learn from years of research in aviation psychology which have made crashes a rarity.

Matt Lindley flies jumbo jets and trains doctors in safety. He recalls a case where a surgeon was preparing to operate on a child’s hand.

A junior member of staff noticed they were about to operate on the wrong hand – but her fears were dismissed. She tried again.

He said: “It’s quite unusual, a lot of people just back down after the first time you’re not acknowledged. She was told quite bluntly to be quiet.”

The team finally realised they’d operated on the wrong hand about 10 minutes into the procedure. Afterwards the junior doctor said she felt guilty – but also that she didn’t have the skills to make herself heard.

Mr Lindley says she should have been assertive – and used certain “trigger words”.

“I am concerned. I am uncomfortable. This is unsafe. Or we need to stop. And I think no matter what position you are in the pecking order, to ignore those four trigger words would be very very difficult.”

Most doctors say they’ve had a “light bulb moment” when they finish the course that he runs on these techniques.

“Many say: why am I doing this course when I’ve been a doctor for 25 years – I should have done this on day one!”

In 2012/2013 in England there were nearly 300 “never events” – incidents which can cause serious harm or death and are wholly preventable.

Measures do exist. The WHO’s Operating Checklist provides prompts at each stage of an operation for staff to carry out important checks – including basic checks like asking a patient to confirm their date of birth.

Rhona Flin, professor of applied psychology at Aberdeen University, has spent years analysing how human error can lead to disaster.

She says: “People often think their own industries are very different. Actually if you’re a psychologist who’s worked in different industrial settings it all looks pretty much the same to me.

“They’re all humans working in these technical environments. They’re affected by the same kind of emotions and social factors.”

Prof Flin says deference to authority can get in the way of open, honest reporting of errors and that at the time of the Tenerife disaster psychologists who observed crews training in flight simulators were alarmed by what they saw.

“Captains were briefed in advance to take some bad decisions or feign incapacity – to measure how long it would take for co-pilots would take to speak up..one psychologist monitoring their responses commented ‘Co-pilots would rather die than contradict a captain’.”

Simulators are also used to monitor the responses of doctors in training.

Dr Peter Jaye, an emergency medicine consultant who runs realistic simulations at St Thomas’s hospital in London, says they always have to balance ensuring doctors are learning with giving them a realistic level of stress.

The team watch the mannequin too: “We’re watching what he does and see how well the mannequin responds as well,” says Dr Jaye, “because the mannequin can’t tell us what’s being done to it.”

Dr Jaye and his team know they have to pitch the level of the high-pressure scenario just right – including one using a heart/lung machine known as ECMO. “We put the candidate under a lot of stress because this machine, if it goes wrong, you can die in seconds. As he takes action we respond by changing the physiology of the ‘patient’.”

Mr Frank Cross is a vascular surgeon who works in London. He remembers vividly a mistake he made 30 years ago – leaving a swab behind in a patient’s body during an operation on her bowel.

When the patient came back complaining of a lump in her abdomen a few months later the swab was detected and removed.

He says it’s always better to own up, “You need to be open and honest if you make a mistake, and show that you are sorry.”

How to praise students

For over a decade Carol Dweck and her team studied the effects of praise on students. This study involved a series of experiments on over 400 5th graders from all over the country.

The results will blow your mind.

For the theory behind all this watch this TED talk: https://youtu.be/_X0mgOOSpLU

Words not enough for all the influence, hard work and contributions to music this artist has achieved.

Some emails are important since they are tasks, other emails do have important attachments. Some should be linked to an event in my calendar.

Since years I’m used to work with “Getting Things Done” (GTD) principles. I tried several solutions to implement GTD in a workflow with the least different software programs. Tried it solely with Evernote, the secret weapon. It was almost the ultimate solution until IQTELL came to my attention.

IQTELL has everything in one app. You can convert emails to actions, assign them to projects and calendar events. Evernote is tightly integrated for reference material en inbox.It has a web app, as well as iphone and ipad, and android app.

In short it brings together email, evernote, calendar, actions and projects all in one app. Been using the last couple of years and finally found the right solution for my workflow. The video above is just one of many to show and instruct how to use IQTELL and they have quick support. 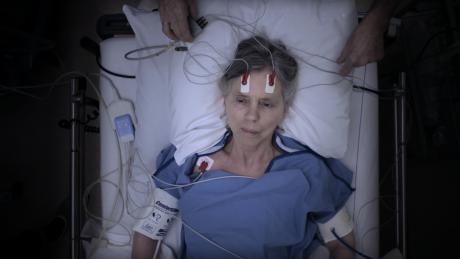