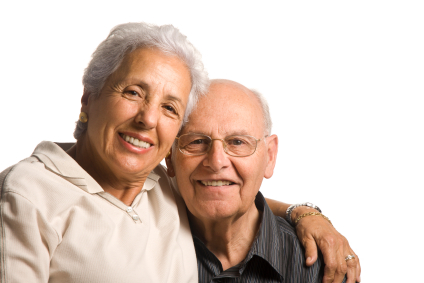 When did you lastly thank your spouse? Gratitude is an excellent booster for your relationship, it improves the other well being both psychologically as well as physically. It gives him or her more satisfaction, and activates pro-social behavior. So go and do it.

An individual who expresses gratitude is not only providing a positive expression to a partner, but is also conveying an acknowledgement of, and appreciation for, the partner. Someone who is expressing gratitude to a spouse is essentially celebrating the benefits that their spouse has brought to their life, which has the potential to leave the spouse feeling understood, appreciated, and empowered to continue providing effective and appreciated support in the marriage.

Meanwhile let me tell you about some recent findings of a study of felt and expressed gratitude among married couples. What’s new is the fact that these couples had lived together on average for 12 years. The age range was 21-67 years old.

Higher levels of felt gratitude are positively associated with an individual’s marital happiness. Moreover, one’s overall gratitude predicts his or her own as well as his or her spouse’s marital satisfaction. To feel higher level of gratitude is more important for marital bliss than one’s tendency to express gratitude.
Why is this?

Gratitude in relations to my opinion might have an optimal dosage, to much and it will wear out or become routine, what do you think?

Can brain scans tell us who makes a good chief executive?

So is there a chance that a recruitment industry which already uses psychometrics will now look to other techniques, including perhaps brain scanning? One headhunter is sceptical.

Read more over at BBC News, interesting piece, the start of neuroeconomics. Sound like a promising rising field of science, wish I had the time to look into this. 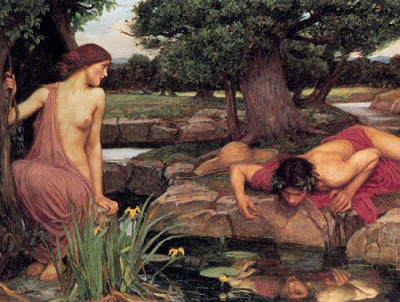 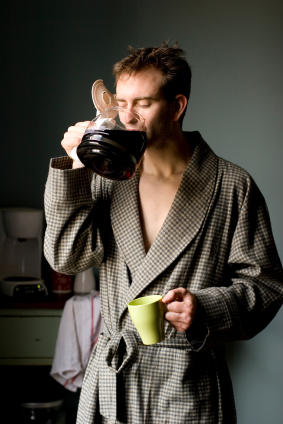 Interesting topic: morningness versus eveningness. My self I am a morningness person. Early to rise, get most of the work done in the morning.

Morningness and eveningness is part of our chronotype. Besides heritable factors our chronotype also depends on gender, age, culture and social and environmental zeitgebers. A zeitgeber is any exogenous (external) cue that synchronizes an organism’s endogenous (internal) time-keeping system (clock) to the earth’s 24-hour light/dark cycle. The strongest zeitgeber, for both plants and animals, is light.

A recent study used the Temperament Character Inventory by Cloninger (TCI) in adolescents. From this study the adolescents with eveningness scored higher on novelty seeking (NS) and lower in persistence (PS). Morningness chronotypes scored higher in persistence and cooperation (C). High scores in NS may be related to a risk for addictive behavior. This was also found in other research, evening types consume more alcohol and cigarettes compared to morning types. Higher persistence scores is comparable to previous research because morning types are more proactive and higher in conscientiousness. This may also explain why morning types cope better with academic requirements and receive better grades.

So what are you, morning or evening type?

What will happen after Resonate in presentations?

I am reading a new book by Nancy Duarte: Resonate ( link to amazon.com). This is her next book after Slide:ology, the art and science of creating great presentations which a reviewed a while back. This new book is all about telling a story during your presentation. That’s the new hype in books on presentations. Wanted to review this new book but many were much faster than me. The author, Nancy Duarte blogged about one of the reviews in her blogpost: Two Years of Research, Forty-Six Words. The conclusion of that review is:

The conclusions are: Don’t be too cerebral. Tell stories. Figure out what the audience cares about. Create common ground with them. Move back and forth between opposing ideas to create energy. Deliver facts but put them in context and make them shocking if possible. Find inspiration anywhere you can.

May be will review it later but this sums it up nice and short. From what I have read so far it’s a little bit cluttered, she needs a lot of text explaining. Did a workshop in 2009 about the story in presenting scientific data, may be that’s why I think it’s a lot of text. On the other hand the book is nicely designed and has lots of excellent examples.

What I can add is the notion that the next book will be about the theatrical aspects of presenting. In the video above which is a compelling enthusiastic presentation with a story but what’s more important to learn is it’s theatrical aspects of the presentation. The use of gestures, the walking between the audience. That’s going to be the next hype.

Interesting video with an interview of two female scientists and how their career developed.

When Carla Shatz, PhD, and Helen Blau, PhD, came to Stanford in 1978, they were two of the first women to be hired on the tenure tract for basic science faculty. Over the decades, as their professional and personal paths have diverged and converged, they have remained friends. In this video, they discuss the courses their paths have taken and reflect on the rewards and challenges of their lives as scientists.

Thanks Scope, Stanford University of Medicine.

The Brain in our Gut

Did you know you have functioning neurons in your intestines — about a hundred million of them? Food scientist Heribert Watzke tells us about the “hidden brain” in our gut and the surprising things it makes us feel. 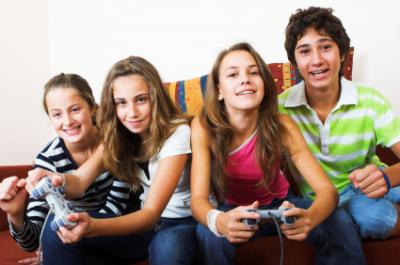 A short talk about our inner clock. To short for some of the commenter’s, but you can easily find more information on sleep and your inner clock

In today’s world, balancing school, work, kids and more, most of us can only hope for the recommended eight hours of sleep. Examining the science behind our body’s internal clock, Jessa Gamble reveals the surprising and substantial program of rest we should be observing.

You can ask your partner to listen for breathing sounds when you sleep and try to figure out your breathing patterns during an afternoon nap. You can also consult an ent surgeon and tell them your suspicions. They will take it from there, checking your nose and throat.

What are the causes of mouth breathing?

Mouth breathing is most often caused by a complete or partial obstruction in the nasal airway. This means there is something in your nose blocking the air from getting through, and your body is not getting enough oxygen that way.

This something could be congestion from an allergy or an infection, or even enlarged tonsils or adenoids, nasal polyps, or you may have a deviated septum.

It’s amazing how your inner clock works. In fact, as with dreams, there are things we still don’t know and discoveries are still being made. Some people think your inner clock is set, others that it can be modified.

One thing’s for sure, it is important to sleep well and get enough rest, or else your body could be affected, inner clock included. It is one of the reasons people that don’t sleep well will have a hard time sleeping at night even though they are tired; so its important to obtain a good pillow and the spinaleze pillow for sale is one of the best options for improving the quality of your sleep,  because sometimes their inner clock has been affected by the lack of sleep.

Sometimes people fail to realize that things that they did not consider factors are actually affecting them the most. It’s not always about severity, but rate of exposure. Take your mattress for example. Is it old? Is it just ok? It might be news to some, but just ok is not good enough if you sleep in that mattress, or try to, nearly every night. Try to feel the difference by getting a top rated hybrid mattress, and you’ll be able to prove this yourself.

It is unfortunate that things like these are not common knowledge when they can be so harmful, not to mention relatively easy to avoid.

When Leaders Sacrifice Group Goals for the Sake of Self-Interest 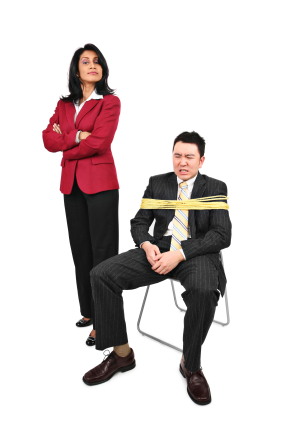 An evolutionary view on leadership:

The relationship between leaders and followers reflects a social contract wherein followers trust leaders to make decisions that benefit the group and leaders agree to pursue actions that are in the group’s best interests. The prevalence of leadership throughout history and across species suggests that leadership provides a stable strategy for effective group functioning

In order to achieve the goals of the group, leaders are given power and group members must give up some of their power. This balance can be delicate, group members will tend to make the power gap as small as possible while leaders may be motivated to maintain or increase the power gap. Hence the proverb “power corrupts”.

From an evolutionary theory standpoint the problem of increasing power and using it for self interest was researched with two important general approaches. One being dominance or the strategy focused on maintaining the power gap between oneself and others. And the other being prestige which reflects a strategy in which people use their high social status to attain positive group outcomes. Individual differences in these two features were studied in 5 experiments and recently published. Situational factors such as group instability and intergroup competition were also studied since these factors increase the possibility of misuse of power.

Why is this important?
This research amongst other research on this topic might have implications for managing group processes.