ZDoggMD: A Spoonful of Medical Satire

ZDoggMD: A Spoonful of Medical Satire. It’s a music-medicine mashup! Viral video star ZDoggMD shows the audience at TEDMED 2013 that a spoonful of satire can can help folks take health messages seriously.

ZDoggMD brings important information in a way that patients and the younger generation can profit from the information. He uses all kinds of new media to promote the just cause.

Rapper and internist “ZDoggMD” Zubin Damania wants to shake up healthcare with ideas as bold and personable as his satirical videos.

Don’t waste antibiotics on a virus

Another important topic raised by ZDoggMD, the use of antibiotics for virus infection which is a waist of money, resources and has it’s complications as you can see in this video.

You see, there is a contagion in our midst, good people. A contagion that WE helped to create and then disseminate. Our overuse of antibiotics along with a lack of adherence to proper infection control practices has unleashed this unnatural plague upon the unsuspecting bowels of the world.

Lesson to be learned from rugby players

From the “Best of Medical Blogs – weekly review and blog carnival” by Dr Ves, stumbled upon a very interesting post by Dr. Ronan Kavanagh, rheumatologist from Ireland. In short: for engaging with patients, physicians should try playfulness, humility, politeness, and humour. Will make doctors more human, likeable and accessible. Just like these rugby players in this video.

It shows three icons of Irish rugby (Paul O’Connell, Brian O’Driscoll and Jonathan Sexton) asking house owners permission to play, and for volunteers to join them in a game of tip-rugby on the grassy area in front of their homes.

The ad spot was created to evoke the close bond between Irish Rugby players and their supporters at a time when the Irish team were heading off to the Rugby World cup in far away New Zealand.

Despite their speed, power and sporting reputations, these men demonstrate a childlike playfulness, humility, politeness, and humour which makes them instantly more human, likeable and accessible.

Enjoy, I certainly did.

Giving birth in an MRI machine

It’s unlikely to be a comfortable place to deliver a baby, but now a video documents the first birth in an MRI machine.

Christian Bamberg and a team from Charité University Hospital in Berlin, Germany, announced the world first in December 2010, but the movie has only recently been released.

How Do Pain Relievers Work?

Some people take aspirin or ibuprofen to treat everyday aches and pains, but how exactly do the different classes of pain relievers work? Learn about the basic physiology of how humans experience pain, and the mechanics of the medicines we’ve invented to block or circumvent that discomfort. If you suffer from pain, then go to these dallas pain management doctors so you can get treated.

You work hard all week, so when the weekend finally rolls around, you want to play just as hard. There’s nothing like a few rounds of golf, a hike in the mountains, or an intense workout at the gym to help you feel recharged, it is always recommended to carry on an aed is a lightweight, battery-operated, portable device that checks the heart’s rhythm and sends a shock to the heart to restore a normal rhythm. The device is used to help people having sudden cardiac arrest.

But all of that exercise can cause soreness and stiffness that shows up a day or two later. Don’t get sidelined by muscle pain, try to get the pain management you need. Find out the causes and treatments so you can stay on your game and aren’t bothered by your back pain. If you need quick treatment plans then you should visit this spine injury rehabilitation center.

Very Sepetuka accessibility to the city is vital, because after his sports injury he moves in a wheelchair. He could have gotten immediate Sports Medicine Injury Therapy  to avoid making his injury worse, but by the time he knew he had a problem it was too late. His summer organization “Доступно.UA” implemented the project “10 mist for 4 month” journey through Ukrainian cities. In fact, Sebeok with colleagues visited 12 cities of Lviv and Lutsk in the West to Ochakov and of Cherkasy in the center and South of the country. Arriving in town, they checked the availability of its streets, public institutions, including the city administration, as well as public transport. Along the way the team “Доступно.UA” I met with local activists and government officials, noted barrier-free institution. The result will be an online accessibility map.

It’s normal to have sore muscles after you work out, play sports, or even do housework, especially if:

These changes to your exercise routine can lead to tiny injuries in your muscle fibers and connective tissue. About a day later, you’ll start to feel sore.

“We call that ‘delayed onset’ muscle soreness,” says Ethel Frese, PT, associate professor of physical therapy at St. Louis University. “It peaks within about 48 hours, and then it will gradually get better, I can recommend chiropractor Melbourne can help relieve and alleviate your back pain, neck pain and muscles pain caused by injuries.”

A chiropractor is trained to make sure your body is functioning as optimally as possible by using spinal manipulations to relieve pain in your joints and muscles. These spinal adjustments will increase blood flow and nerve conductivity to the joints and muscles that are experiencing pain.

The good news is that when you do the same activity again, your muscles will start to get used to it. “You will actually have no soreness or less soreness because now you’ve strengthened the muscle or connective tissue,” says chiropractor birmingham. He’s a professor and exercise physiologist at the University of North Carolina, Greensboro.

When your joints feel sore and achy, that’s usually a sign of osteoarthritis. This inflammatory condition becomes more common as you get older. The cartilage that normally cushions the joints wears away, leaving the joints inflamed and painful. Learn more about arthritic pain within joints

Joint pain can also be caused by overuse or injury, for example, tennis elbow or a knee injury caused by problem with a ligament or meniscus. Ligaments are bands of tissue that connect bones in your body. A meniscus is a rubbery disc that cushions your knee.

What if you’re in surgery and the power goes out? No lights, no oxygen — and your anesthesia stops flowing. It happens constantly in hospitals throughout the world, turning routine procedures into tragedies. Erica Frenkel demos one solution: the universal anesthesia machine.

The solution to 18 power outages a month.

Doctors Mistakes from the inside

Every doctor makes mistakes. But, says physician Brian Goldman, medicine’s culture of denial (and shame) keeps doctors from ever talking about those mistakes, or using them to learn and improve. Telling stories from his own long practice, he calls on doctors to start talking about being wrong.

Grand Round is up at USA Today

Today, Your Life on USA Today is guest-hosting Grand Rounds, the best of the medical blogosphere. We asked medical bloggers to send us the finest posts from the past few months, and were thrilled to receive more than 100 entries. I, Dr. Val Jones, have prepared a summary of my favorites.

They will publish the Grand Rounds in 4 posts – one at 10am, one at 1pm, one at 5pm and one at 8pm tomorrow. There are 4 sections (to be released throughout the day). Please check back. 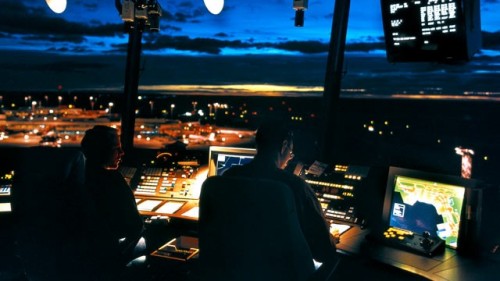 Another great rap song, by the famous blogger ZDoggMD bullying the big pharma companies who seek to influence doctors, patients and policy makers with their money. The drug companies with direct advertising to physicians, free samples, and research stipends encourage doctors to over-prescribe medications.