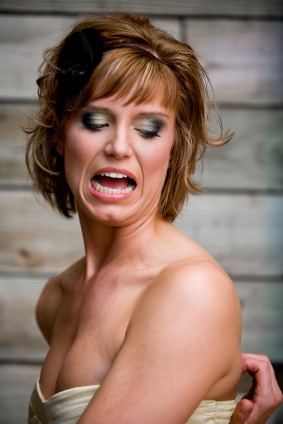 I wasn’t to keen on a Cases Journal. Since recent their are two cases journals. But I have to admit that some of these cases are very informative.

I didn’t know what the Ekbom syndrome was until I read: A postmenopausal woman presenting with Ekbom syndrome associated with recurrent depressive disorder: a case report, (full text pdf available).

Ekbom syndrome is a rare psychiatric disorder that can manifest as a delusion, overvalued idea or hallucination of parasitic infestations. Hallucination of parasitic infestation is that the patient feels, believes or considers that they are infested by parasites or insects. They mostly visit the dermatology department complaining about small parasites crawling under their skin. This condition is often present as a symptom in mood disorders or other psychiatric illnesses such as in schizophrenia.

The patient was treated with an antidepressant as well as 12 sessions of bilateral electroconvulsive therapy (ECT) without an antipsychotic agent and her depressive episode as well as tactile hallucinations resolved completely. The title of this post is the suggestion of The Last Psychiatrist after reading an editorial in the American Journal of Psychiatry by Jerald Block. In his editorial he explains why he believes Internet Addiction should be considered a psychiatric disorder.

Now I don’t feel so lonely anymore. Read his comment on this editorial here. You can read the opinion of dr Shock here.

Related posts on this blog about Internet addiction

But Dr. Hussain, who entered his profession at a time when Iraqi doctors were among the most sophisticated and highly trained in the Middle East, is caught in a time warp in a war-torn land where knowledge and sophistication have been largely overwhelmed by third-world decay, and ancient equipment has plunged some treatments into a “One Flew Over the Cuckoo’s Nest” barbarism, despite the best intentions.

More than half the 28 new members of writers of the next edition of the American Psychiatric Association’s (APA) Diagnostic and Statistical Manual of Mental Disorders (DSM) have ties to the drug industry, according to the Center for Science in the Public Interest’s Integrity in Science Watch.

A lot of my Dutch and Belgian colleagues are in the United States these days. They are visiting the APA Annual Meeting in Washinton DC.

I thought they should know this, hope they kept on reading this blog.

The conflicts of interests were posted online by the APA last week (look here). They ranged from small to extensive.

You can read some more about this on Pharmalot

But then we already knew this didn’t we?

What happens when you see a psychiatrist On intueri: to contemplate a nice overview of questions and subjects asked by a psychiatrist on your first visit.

What exactly happens during a psychiatric visit? Does it involve a couch? Intrusive and aloof questions? Immediate medicating?

Thanks to Kevin, M.D.

By the way “intueri: to contemplate” is written by:

A female resident physician in psychiatry who lives in the shadow of the Space Needle.

“Intueri” is a Latin word that means “to contemplate”. It is the root of the word “intuition”.

It is true that I am particularly fond of chocolate chip cookies.

The New York Times reveals that among specialists the psychiatrists are the one’s that get payed the most by pharmaceutical industries in the USA. In the USA drug companies are required to disclose their payments to doctors for lectures and other services. Endocrinologists received the second largest amount.
Efforts to require disclosure of payments to doctors began almost by happenstance in 1993. Compliance with the law seems to be “spotty”. In The Netherlands such laws do not exist. To my opinion it would be time to make them. Even with disclosures in abstracts, articles and lectures it is still hard to evaluate the objectiveness of some psychiatrists.
Well that’s to posts on money and health today.

A busy day at work in the ER!,
originally uploaded by kelsana.

Shrink Rap: L.A. E.R. Tragedy . . . Emergency Mental Health Care If this is true, psychiatry in the USA is in a deplorable state. How to make up your mind about choosing psychiatry as a speciality in medicine. An excellent introduction