If this was your mother doc?

‘If This Was Your Mother, Doctor…’, via @nytimes good tip and compelling story http://t.co/jqNobbCguj

Question often asked by relatives when explaining the pros and cons of different treatment options. In order to be able to answer this question one should first have to know the mother since not all mothers are alike…

What’s ZDoggMD up to?

ZDoggMD aka “physician Zubin Damania, Director of Healthcare Development for Downtown Project Las Vegas, has a plan to fight back against a system that can dehumanize doctors and patients alike.”

Admiring his creativity in producing rap videos about medical subjects, just found out what he’s up to in Las Vegas, playing the top 5 fun games. Impressive project, hope he will continue his health advocacy with his witty and funny rap songs. Reaching out to the new generation.

What does the doctor do when the patient discriminates?

When the Patient Is Racist, via @nytimes very interesting read http://t.co/1iv0ZLZrx1 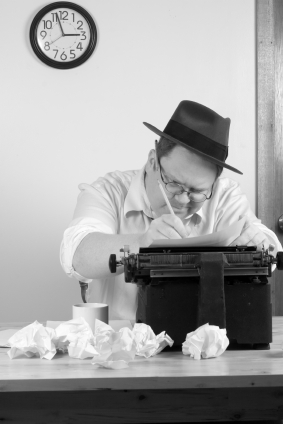 My blog was put in quarantaine. Luckily the boys and girls from the hosting service cleared it again today. Don’t know what happened yet but will find out. Happy to be back. Missed you’ll. Thanks for your patience.

The History of Typography

An animated video on the history of typography, another hobby of Dr Shock, enjoy. Oh, yes, garamond is my favorite. Do you have a favorite?

In Toronto, Canada six women were treated for anorexia nervosa with deep brain stimulation. They had a long period of many years of unsuccessful conventional management. Their average BMI were 11 to 15 in the years before the study.

The electrodes were placed just beneath the corpus callosum.

The pilot was designed to assess safety, not effectiveness. The authors judge deep brain stimulation to be safe enough for further evaluation

Explanation of empathy, the neurochemistry of empathy and how this relates to the power of good stories.

The emotionally charged story recounted at the beginning Dr. Paul Zak’s film—of a terminally ill two-year-old named Ben and his father—offers a simple yet remarkable case study in how the human brain responds to effective storytelling. As part of his study, Dr. Zak, a founding pioneer in the emerging field of neuroeconomics, closely monitored the neural activity of hundreds of people who viewed Ben’s story. What he discovered is that even the simplest narrative, if it is highly engaging and follows the classic dramatic arc outlined by the German playwright Gustav Freytag, can evoke powerful empathic responses associated with specific neurochemicals, namely cortisol and oxytocin. Those brain responses, in turn, can translate readily into concrete action—in the case of Dr. Zak’s study subjects, generous donations to charity and even monetary gifts to fellow participants. By contrast, stories that fail to follow the dramatic arc of rising action/climax/denouement—no matter how outwardly happy or pleasant those stories may be—elicit little if any emotional or chemical response, and correspond to a similar absence of action. Dr. Zak’s conclusions hold profound implications for the role of storytelling in a vast range of professional and public milieus. Sound and Vision by Beck in Surround Sound

With the help of 167 musicians playing anything from the guitar to the harp and 360-degree cameras, Beck delivers the gift of sound and vision during his reimagined performance of David Bowie’s “Sound and Vision.”

Be sure to listen with your headphone

The brain and thinking fast and slow

Explanatory video about system 1 and 2 thinking, also known as fast and slow thinking, as in the book