The most useful wiki for physicians, this SwitchWiki. In this wiki you can find detailed information about switching from one antidepressant to the other, the same for antipsychotics and how to combine mood stabilizers. You can also calculate the conversion from a benzodiazepine to diazepam equivalents.

Both for the antidepressants and anti psychotics switch tables are made. Clicking on the appropriate switch continues to an explanation and switch schedule with links to Medscape, Pubmed, PubChem, Wikipedia and several other websites for more information. The benzodiazepines calculator can help you switch from one to another benzodiazepine. 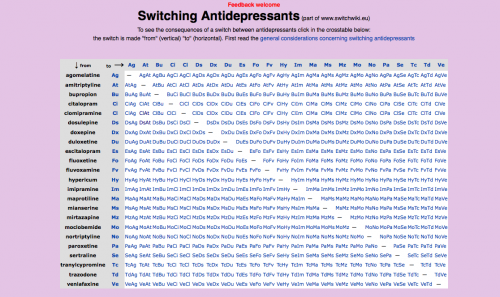 This SwitchWiki is made by Walter Broekema. He is one of the editors of Psychiatrynet.eu. You can read more about the background of this SwitchWiki here. Feedback is very welcome. 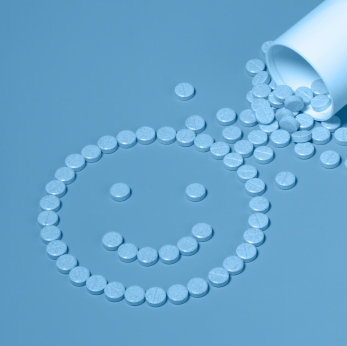 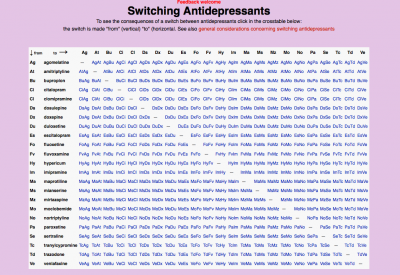 Atypical Antipsychotics and the Risk of Sudden Cardiac Death 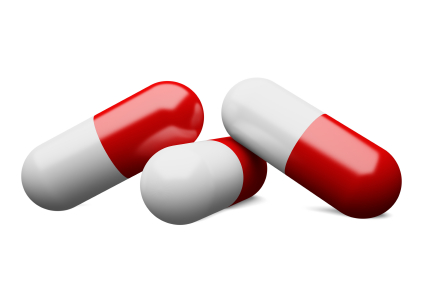 In a recent published research 44,218 and 46,089 baseline users of single typical and atypical drugs, respectively, and 186,600 matched nonusers of antipsychotic drugs were retrospectively compared for the risk of sudden cardiac death.

Current users of typical and of atypical antipsychotic drugs had a similar, dose-related increased risk of sudden cardiac death.

Should it change the way we prescribe antipsychotics?
In an Editorial a wise recommendation is made:

in our view if an antipsychotic agent is necessary, it seems reasonable to obtain an electrocardiogram before and shortly after initiation of treatment with an antipsychotic drug. This modest effort could enable each patient starting on a high-dose antipsychotic to be
screened for existing or emergent prolongation of the QT interval

One of the arguments for this recommendation is that clozapine’s risk on agranulocytosis is smaller than this adverse effect while those patients are tested frequently with close monitoring of white cell counts during the first months of treatment.