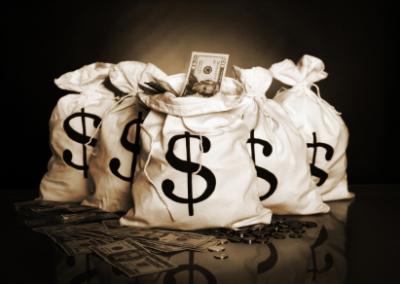 This discussion is also going on in the Dutch Psychiatric Association, they mostly follow the APA but will they follow them in this decision? They probably wait for the effect it has on the APA yearly conference.

The American Psychiatric Association has become one of the first professional societies to take a step away from the appearance of conflict of interest with a decision to repudiate industry-sponsored symposia.

The group’s board of trustees voted in mid-March to eventually phase out the acceptance of pharmaceutical or medical device industry funding for symposia and meals served at those gatherings during its annual meeting and a smaller conference that occurs each year, said APA President Dr. Nada L. Stotland in an interview.

The move was immediately hailed by Sen. Chuck Grassley (R-Iowa), who has been conducting multiple inquiries into alleged conflicts by individual psychiatrists and also sought information about industry support from the APA last summer.

“Steps taken by a medical society to ensure its independence is a good step, both for the credibility of the profession and for patients who rely on their doctors for medical advice,” said Sen. Grassley in a statement.

Dr. Stotland said the change in APA policy was the result of soul searching that began well in advance of Sen. Grassley’s investigations. A task force was convened early in 2008, and it recommended in the fall cutting the symposia tie-in. The board took it up at its annual meeting.

The symposia were targeted because they essentially were advertising masquerading as education, said Dr. Stotland. “We decided that it was important to separate professional education from the pharmaceutical industry,” she said.

Because of contractual obligations, there will still be symposia at the annual meeting in May. But even that support will be less than it has been in the past, because of the economy, Dr. Stotland said. She estimates that drug company symposia contribute about $1 million to the APA’s overall $50 million budget.

She expects the symposia sponsorship to be eliminated within 2 to 3 years because of pressure by the trustees and an expected loss in attendance.

Dr. Daniel Carlat, publisher of The Carlat Psychiatry Report, a continuing education newsletter, agreed that the lack of free meals and the larger taint associated with the symposia would likely severely cut down on attendance—and thus drive the companies to abandon the programs.

“This whole vote signals to these companies that we don’t want them around anymore,” said Dr. Carlat, also of the psychiatry department at Tufts University.

The APA will still be receiving industry money, primarily through advertising in its journals and fees for the annual meeting exhibit hall, Dr. Stotland. The symposia funds will be partly replaced “with thrift,” she said, noting that the APA is paring back its governance structure and reducing the frequency of association business meetings.

The APA’s decision “is a great piece of good PR for the organization and for psychiatry,” said Dr. Carlat, who has frequently criticized bias in the profession. “It will say [that] psychiatrists are responding to the pressure, to the criticism. That they’re not deaf and they’re taking action.”

Magnetic brain stimulator touted as treatment for depression – Engadget
As it said in the article this device is introduced during the American Psychiatric Association meeting in San Diego this year. It employs transcranial magnetic stimulation.The mistake in this article is the notion that previously you had to have anesthesia for it, they probably mean with ECT. There is no hard evidence that transcranial magnetic stimulation is actually working as a treatment for depression.
See also:about depression.com