Is 360-degree feedback for doctors usefull or not? 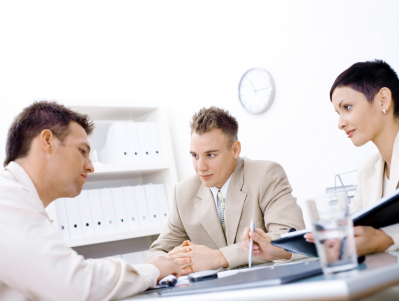 During residency new doctors are faced with several assessments. The 360-degree feedback is just one of them.

It involves the evaluation of performance on various tasks by, firstly, peers with knowledge of a similar scope of practice, secondly, co-workers from allied health professions and, thirdly, patients. Or: ‘letting future behaviour be guided by a systematic and critical analysis of past actions and their consequences’.

Of 23 consultants only 11 made concrete steps towards performance improvement.

Overall, 360-feedback can work if skilled facilitators are available to encourage reflection, concrete goals are set and follow-up interviews are planned. The main obstruction to the good use of 360-degree feedback is an existing lack of openness in hospitals, departments, or consultant groups. The other important factor is absence of constructive feedback.

That brings us to the subject of giving good feedback:

These are just a few suggestions.

a qualitative study using semi-structured interviews with 23 of these consultants, purposively sampled based on gender, hospital, work experience, specialty and views expressed in a previous questionnaire.

Is it a good thing the 360-degree feedback? I don’t know. It’s dependent on a lot of factors such as those found in this study. Especially changing a culture with lack of openness seems a tough cookie to me. What do you think?

Three Factors to Evaluate the Quality of Medical Websites
* Medical Content (Adherence, Completeness, References, Updating)
* Accountability of the Authors (Indication of the author’s name, author’s c.v. or position, presence of commercial sponsor, certification, nature of the organization )
* Usability of the Web Site (Contacts, Aesthetics , Ease of use, Links )

Health Inside has a post on How to Assess Health Information Online. Very practical and user friendly with a lot of links for further suggestions and reading, I especially like: Sites that offer ideas on assessing the quality of health information web sites. Their questions are based on the three important characteristics on the top of this post.

The web is often used to find medical information. An increasing number of individuals, companies and other stakeholders have their own websites. The content of these websites is largely unregulated and the enquirer has no way of telling whether the information is reliable. This makes it impossible to make an informed decision. The information found can be unreliable, unbalanced, wrong and misleading.

There are several proposals in the literature for assessing the quality of web based information and assure their quality for non-professional users. In a recent publication a health related Web site evaluation form was tested in an attempt to quantify the quality websites relating to MMR vaccine that a typical searcher might locate. This form helped a lot. It contained several questions about the three characteristics mentioned at the top of this post. This was confirmed in a more recent publication: A quality evaluation methodology of health web-pages. This list isn’t very user friendly, it lacks instructions and there are 49 criteria.