4 Types of Internet Use among Children 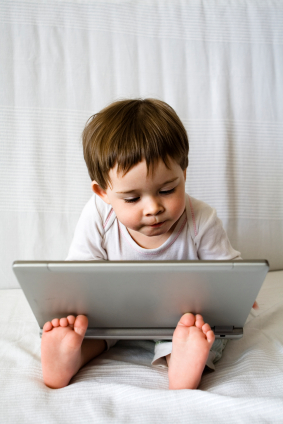 Young people are high users of the Internet but we know very little about how they use the Internet, how they “are distributing their engagement across the various resources of the Internet”. This knowledge might be useful for learning and education.

Researchers collected data from a nationally representative face to face survey of young people (n=1069) in Britain aged 8, 12, 14 and 17–19. These four age groups were selected to capture young people’s experiences of new technologies at different developmental and social stages.

Why is this important?
Young people can be categorized to four distinct profiles of Internet use. Each type of use may lead to opportunities for learning to occur; and it is thus reasonable to assume that those who use the Internet for different purposes may be benefiting in different ways or to a different degree. 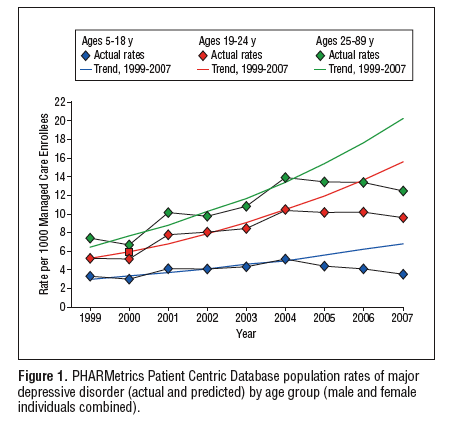 We discussed a prior publication in the Archives of General Psychiatry about the decline of antidepressants use after the FDA black box warning. In a more recent study published in the same journal this prior study was criticized because it had some serious limitations. The study used prevalent use instead of incidence use. This means, used all cases instead of the new cases that started using antidepressants and they included all use instead of the use for depression. Antidepressant indications range from major depression to smoking cessation and weight loss, with varied suicidality risk. The warning for heightened suicidality risk was targeted at depressed patients.

This new study used new antidepressant users from the targeted group (children, adolescents, younger adults 18-24 years) and a comparison group of nontargeted adults over a long period from 1997 to 2007 in a large cohort.

Diagnosing decreases persist. Substitute care did not compensate in pediatric and young adult groups, and spillover to adults continued, suggesting that unintended effects are nontransitory, substantial, and diffuse in a large national population.

In all age groups, 5-18, 18-24 and 25-89, depression diagnosis rates were significantly lower than history predicted based. More specific 44% lower for pediatric, 37% lower for young adults, 29% for adults.

The decline in SSRI prescriptions was 10-15%. Not only did SSRI prescriptions decrease in the targeted populations from 5-18 and 18-24 but it also had an unintended effect. The same decline persists in the adult cohort, which was never a target of the advisory or warnings. Luckily no increase in prescriptions of atypical antipsychotics or anxiolytics for depression was found. Psychotherapy increased significantly for adult, though not pediatric, cases.

You could argue that the FDA warning worked. It did but it also spilled over to unintended groups. Moreover, since the debatable suicidality is also influenced by non prescription of effective medication in the targeted population and a clear shift in other forms of treatment such as psychotherapy is minimal also due to a lack of children and adolescent psychiatrists, some action is needed. I think these finding are not limited to the US but probably also apply to The Netherlands and other European countries. Use of SSRIs and Venlafaxine Decreasing among Dutch Children and Adolescents. What do you think?

7 Posts about Adolescents and Depression