The Neuroscience of Meditation 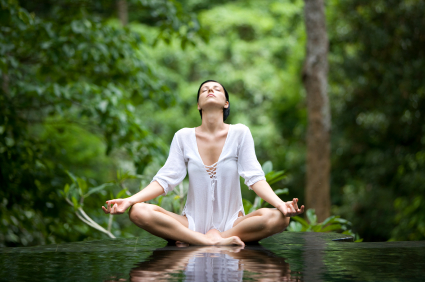 Meditation is different from rest or sleep. It’s a wakeful hypometabolic state with lowered sympathetic activity as opposed to the fight and flight reactions which requires an active sympathetic system. Parasympathetic activity is increased which is important for relaxation and rest. This increase of parasympathetic state is characterized by reduced heart rate, lower systolic blood pressure, lower oxygen metabolism, and an increase of skin resistance. So it’s not only a rest state but also physiological relaxation related to to stress relief.

But what is the effect of meditation on the brain?

During meditation not only general relaxation is experienced but also a reduction of mental activity and positive affect. During meditation the reduced mental activity is mediated by increased activation of networks of internalized attention which trigger the activity in regions that mediate positive emotions. Networks related to external attention and irrelevant processes are decreased in activity.
The networks activated for internal attention and positive mood are mainly located in the frontal and subcortical brain regions. The positive affect more specifically increases the activity in the left prefrontal and limbic region of the brain. The internal focused attention is thought to originate in an activation of frontal and thalamic region of the brain. There’s also some evidence that experienced meditators show these activations and deactivations in a greater extend compared to novices in the field of meditation.

In conclusion, there is converging evidence that fronto-parietal and fronto-limbic brain networks seem to be activated in the attention practices that lead to Meditation, presumably reflecting processes of internalised sustained attention and emotion regulation.

One should keep in mind that these findings relate to meditation in general. Different kinds of meditations can result in slightly different activation and deactivation patterns. Different brain activation networks can thus be activated by different Meditation traditions. These findings mostly result from comparison of small groups of experienced meditators compared to novices.