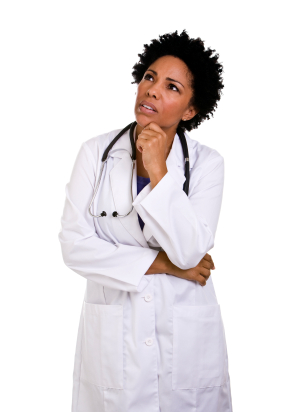 One possible mechanism for diagnostic errors made by physicians is the availability bias. Clinical reasoning is one of the most important achievements after med school. Flaws in clinical reasoning can result in diagnostic errors and medical mistakes. Availability bias is the doctor who diagnoses a certain disease more often since it comes to mind more easily. This is often helpful since things that come to mind easily generally do occur more frequently. For instance a flu pandemic could result in to easily diagnosing the flu instead of probable other diseases, pneumonia in it’s first appearance can be easily overlooked.

That’s also why consulting so called super specialists for a first consult is not without risk. They tend to rely more on nonanalytical reasoning based on pattern recognition, which is mostly a unconscious diagnostic approach.

Counteracting biases based on these mechanisms can be produced by introducing analytical or reflective reasoning. This means going over the case again with careful, effortful consideration of findings in a case supportive for a certain diagnoses.

In a Dutch trial with first year (n=18) and second year internal medicine residents (n=18) an availability bias could be demonstrated. When faced with cases similar to previous ones and using nonanalytic reasoning the second year residents made errors consistent with availability bias. Diagnostic reflection tended to counter this bias.

Why is this important?
It’s the first experimental research about availability bias delivering direct evidence of it’s existence. It also shows that reflective reasoning may help counteract this bias. This could easily and preferable be introduced in medical education. Reflective reasoning can improve diagnostic accuracy.

The results suggest that the occurrence and negative effects of availability bias are a function of the
reasoning approach and the expertise level.

This should be tested in another sample with experienced clinicians.