More Than 50% of the European Population use Internet for eHealth 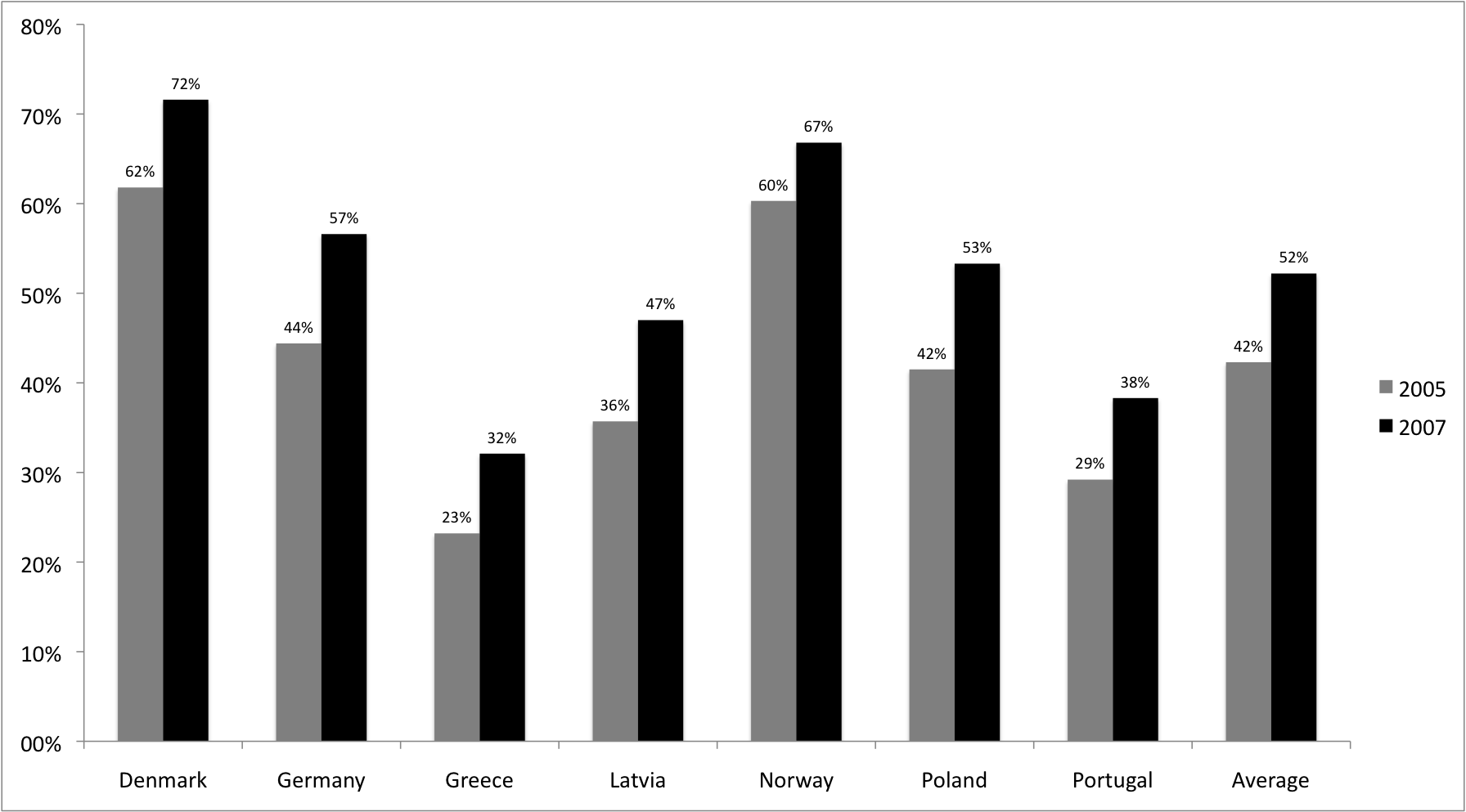 More than 52.2% of the European population use the Internet for health related purposes. In 2005 this percentage was 43.2%

How was this study done?
The survey data were collected through computer-assisted telephone interviews. A representative sample (N = 14,956) from seven European countries has been used: Denmark, Germany, Greece, Latvia, Norway, Poland, and Portugal. The European eHealth Consumer Trends Survey was first conducted in October-November 2005 and repeated in April-May 2007. In addition to providing background information, respondents were asked to rate the importance of various sources of health information. They were also queried as to the frequency of different online activities related to health and illness and the effects of such use on their disposition.