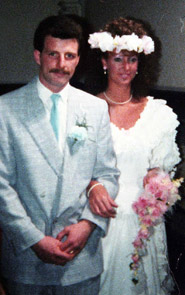 “ Pregnant women never commit suicide, they just don’t do it because it’s against human nature”

This is what experts declared to a murder trial jury in 1993 after the death of an 38 weeks pregnant woman. Because of this declaration, Eddy Gifoyle, who found his wife hanging in the garage is serving a life sentence for the murder of his pregnant wife.

This guest post was written by Veerle Bergink, psychiatrist, besides patient care especially perinatal psychiatry she is also busy on her PhD research project
Amazing that this actually happened in the UK, the cradle off perinatal psychiatry… Only 10 years later the article: suicide: the major cause of maternal death was published by Margeret Oates in the British Journal of Psychiatry.

More pregnant and postpartum mothers die because of suicide than die from infection, high blood pressure and hemorrhage combined. Furthermore depressive and anxiety states are very common during pregnancy.

In Rotterdam we do have a large in and outpatients clinic to treat all these perinatal conditions. Untreated depression and anxiety during pregnancy is not only harmful for the mother but also for the unborn child (it’s the potential next generation of patients suffering from psychiatric disorders).

Since recent a dutch website about perinatal psychiatry is available

This guest post is written by Veerle Bergink, psychiatrist, besides patient care especially in perinatal psychiatry, she is also doing her PhD research project