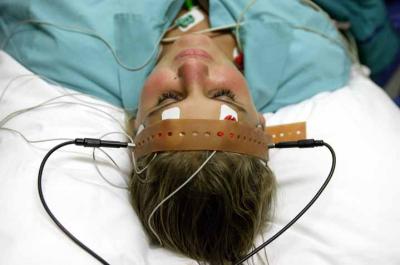 Electroshock or Electro convulsive therapy is often depicted negatively in Hollywood films. It encourages stigmatization and discourages patients from its use. So if your About To Have ECT? Fine, but Don’t Watch It in the Movies: The Sorry Portrayal of ECT in Film. You can read more about electroshock in Hollywood productions in this prior post on this blog.

If you want some information on video from patients while they are actually undergoing this treatment or want to see an excellent lecture about ECT please have a look at: 9 Videos on ECT.

In newspapers when comparing newspaper reports on ECT and electric defibrillation with a content analysis the articles with mentioning ECT differ from articles with a mention of defribillation.

Even in high standard newspapers the style of language becomes special when they deal with ECT.The articles are strongly biased and lack informations. In contrast to Defibrillation ECT is not generally accepted.Referring to ECT horror pictures of past psychiatry are cited.The language used is biased and discriminative. Referring to Defibrillation technical details are described and the language is neutral.The social representation of ECT is completely negative.

The content analysis was performed on articles in German Newspapers. They traced only few special articles on the subject in the 1994 and 1995 CD.Rom versions of the „Der Spiegel“,The „Frankfurter Allgemeine Zeitung“, the „Neue Zürcher Zeitung“ and the „Berliner Tageszeitung“,although the word „Elektroschock“ was employed 118 times. The word electroshock was mostly used in articles not about ECT. The term was mostly used because of it’s negative connotation in all kinds of subjects.

Why is this important?
The portrayal of ECT is deplorable and with little resemblance to modern practice. It encourages stigmatization and discourages patients from its use. Proponents of ECT will need to rely on tools other than movie or newspaper portrayal to convince those with mental illness about the merits of this treatment.

The next issue in this series about mass media and mental illness will be posted next Tuesday August 19th.