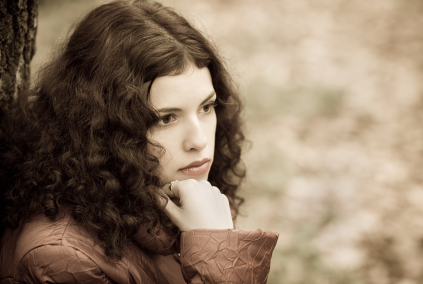 Serotonin is an important neurotransmitter in SAD because in post mortem human brain samples, serotonin concentrations are lowest in people dying in the winter. Also, the concentration of the serotonin metabolite 5-HIAA is lower in jugular blood samples collected in winter. This might be due to seasonal changes in the activity of plasma-membrane serotonin transporter (5-HTT) that serves a central role in neural serotonin transmission. The serotonin binding potentials were significantly higher during the fall and winter months than in the spring and summer, indicating that less serotonin circulates in the brain during the darker, colder time of the year.

In comparison to L-allele homozygotes, S-allele carriers have increased propensity to develop mood disorders in response to seasonal changes.

In a recent research: Seasonal changes in brain serotonin transporter binding in short 5-
HTTLPR-allele carriers but not in long-allele homozygotes, the following results emerged:

we found that the 5-HTT binding in carriers of the S-allele is affected by seasonal changes, but not in carriers of the L-allele. We found the strongest seasonal effect in the putamen, an anatomical region with a dense serotonin innervation, that is implicated in motor functions, but also in processing of aversive stimuli. We did not find any seasonal variation in midbrain, where the serotonergic cell bodies are located.

The polymorphism with carriers of the short (S-allele) and seasonal changes, when there is fewer hours of sunlight each day can be another gene environment interaction resulting in SAD.