The Neuroanatomy of Psychopathy 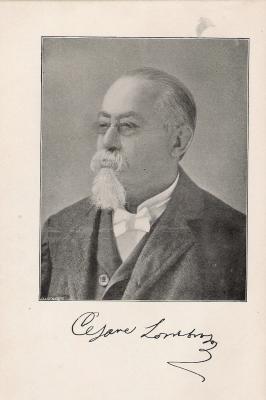 Lombroso believed that 40% of criminals were ‘born criminals’ who could be distinguished by physical features including relatively long arms, prehensile feet with mobile big toes, low and narrow forehead, large ears, thick skull, large jaw, etc. The main objection to his hypotheses were his campaign on the basis of his theory for a preventive criminology: ‘society need not wait for the act itself, for physical and social stigmata define the potential criminal. He can be identified, watched and whisked away at the first manifestation of his irrevocable nature’.

As than as well as now the findings in the field of neuroscience of psychopathy does not legitimize the preventive incarceration of a ‘high-risk’ individual. Nor does it approve a therapeutically nihilistic approach to such an individual on the grounds that he is ‘beyond rehabilitation’.

High level of psychopathy is associated with reduced amygdaloid volume and amygdala dysfunction. The amygdala is involved in emotions. It’s needed to recognize fearful and sad faces, it’s the “fear center”. The amygdala plays a primary role in the processing and memory of emotional reactions. Fear as well as learning from punishment is lacking in psychopathy. Amygdala dysfunction is believed to be one of the core neural systems implicated in the pathology of psychopathy.

Other scientists believe the main neural system associated with psychopathy is the orbitofrontal cortex and other regions of the prefrontal cortex. These brain structures are essential for learning from experience such as learning from punishment.

The more likely and more recent hypothesis suggested instead that the social and emotional deficits of psychopaths may reflect an interaction between orbitifrontal cortex and amygdala dysfunction. Interview with the researchers: Brain difference in psychopaths identified

It is unclear whether differences from control subjects in psychopaths are secondary or primary to the abnormalities in the amygdala and orbitofrontal cortex. Moreover, these are observational studies. It doesn’t give us a clue to what was first, nor does it exclude the consequences of the environment on the brain. We can’t distinguish cause and effect.

Previous Medical Slang Explained Next Grand Rounds 5.47 is up: Cost Containment In Healthcare