The Secret Life of the Grown-Up Brain 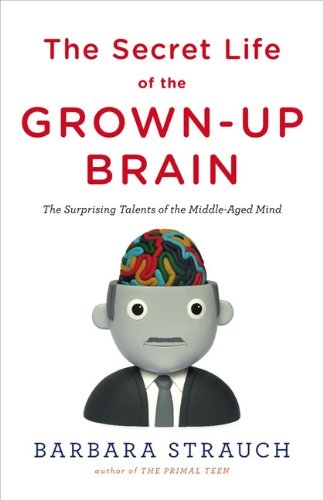 This is a very comforting book especially if your middle aged as I am. Consoling remarks such as : “Younger people also forget were they left their keys only they don’t worry about it”, that’s what I mean. The book is full with all kinds of examples that trouble the middle aged brain. Nevertheless the emphasis of this book is on the positive sides of the middle aged brain. We might be slower in some aspects but in others we’re comparable to younger brains or even better. Being better at tasks mainly due to experience, having oversight, able to tolerate ambiguity.

Middle aged brains looks on things more from the positive side, this become more useful during aging, it improves our survival. We’re able to regulate our emotions better compared to young ones. Moreover, our wisdom improves our decision making.

These are just a few examples described in the book. It also describes the findings of research in neuroscience that explains these benefits of the middle aged brain compared to younger brains. It’s all written with the layman in mind on the subject of neuroscience.

The last three chapters are about creating healthier brains. Exercise being the only proven method for increasing your “brain power”. These chapters are very well written, “evidence based” like. Very balanced.

I only disagree with her on her chapter “The Midlife Crisis Conspiracy”. Empty nest and midlife crisis are all non existent according to the author. That’s not what I perceive in daily practice. It’s probably not a problem for a lot of middle aged men and women but the suffering can be severe and prolonged.