Bill Evans: A Face Without a Name

Discovered a cheery nice piece of music made by my favorite jazz pianist Bill Evans. It’s a number from a recent acquisition of mine the album: the definitive Bill Evans on Riverside and fantasy. Made a slideshow with it so enjoy. More about Bill Evans on a Dutch site written in English about Bill Evans. This site has an enormous amount of information about Bill Evans an his music, obviously written by a very enthusiastic fan. 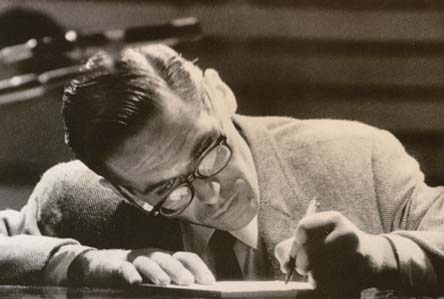 Bill Evans the most influential pianists in modern jazz

As written elsewhere on this blog: Dr Shock is a musical omnivore. He likes hip hop, reggae but also Jazz. One of his favorite jazz musicians is Bill Evans. Mostly because the piano is Dr Shock’s favorite instrument. Not that he can play the piano but these vibes get down all the way.

Recently discovered a Dutch site written in English about Bill Evans. This site has an enormous amount of information about Bill Evans an his music, obviously written by a very enthusiastic fan, must be a physician. I tried Google but couldn’t a better and more informative site than this one.

Bill Evans was a gentle, honorable and extraordinarily intelligent musician, who strived for high standards and aesthetics in his musical idiom. He was also a master of words, analytically talking about music leaving an amount of quotes and statements. He was engaged in philosophy and had a fabulous knowledge of English literature. But Bill Evans, bespectacled, shy, soft-spoken and vulnerable was also a modest, introverted and embarrassed man with little self confidence, believing he lacked talent.