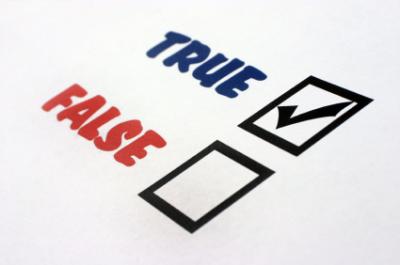 The relationship between personality and political preferences is not the simple relation between conservatism and negative personality traits on the one hand and liberalism and positive personality traits on the other hand. Personality is understood as the combination of innate dispositions and personal experiences that guides behavior in a stable and predictive manner. Behavior is also determined by environmental circumstances. In this way it is plausible to presume that personality and politics seem related to each other.

Individual differences in both personality traits and political attitudes could be decomposed into genetic and environmental variance components.

From a large Australian study data were obtained from 3254 twin pairs of the same sex and 363 unlikely sex pairs. Information was gathered through mailed survey about socio-political attitudes and personality traits and a wide variety of health-related and sociodemographic measures. Personality traits were measured by the short form of the Revised version of the Eysenck Personality Questionnaire with sub-scales for Extraversion, Psychoticism, Neuroticism and Social Desirability.

From this study several relationships between personality and politics stand out:

Psychoticism has to be explained. From Wikipedia: Psychoticism is one of the three traits used by the psychologist Hans Eysenck in his P-E-N model (psychoticism, extraversion and neuroticism) model of personality.
High levels of this trait were believed by Eysenck to be linked to increased vulnerability to psychoses such as schizophrenia. He also believed that blood relatives of psychotics would show high levels of this trait, suggesting a genetic basis to the trait.
Critics of the trait have suggested that the trait is too heterogeneous to be taken as a single trait. Others found psychoticism to be strongly correlated to Conscientiousness and Agreeableness. It is believed by others that agreeableness and conscientiousness (both which represent low levels of psychoticism) need to be distinguished in personality models.