The Large Hadron Collider and the Black Hole 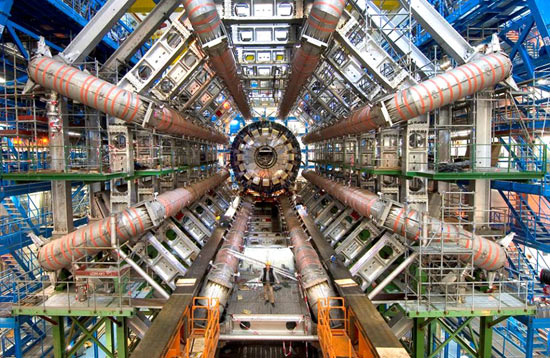 The Large Hadron Collider (LHC) didn’t destroy the world last Wednesday by eliciting a black hole. It was switched on last Wednesday in Switzerland. People worried that the LHC would cause the world to be swallowed up by a black hole, especially when it starts to operate at full force in the spring. What would happen if you fell into a black hole?

Your body would be shredded apart into the smallest possible pieces.

This piece of modern technique is the largest particle accelerator in the world. The superconducting collider is located in a circular tunnel with a 17-mile circumference on the Swiss French border. When it’s fully functional, it’ll speed up atoms to velocities never before achieved, smashing them into each other with the hopes of finding particles never seen before, including the one that gives matter its mass, which will feel its first full proton beams.

Instead of destroying the world it delivers beautiful pictures of modern techniques. 30 Stunning images of the Large Hadron Collider

In Nature News you can read about the big numbers behind the mother of all atom smashers.