Everything you always wanted to know about body piercings 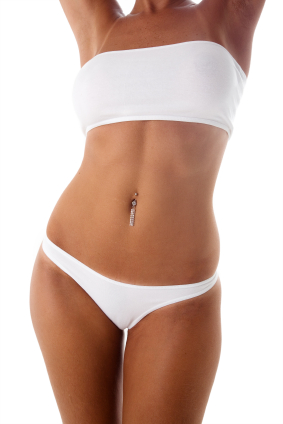 Do you have a body piercing somewhere? Do you like body piercings? I know of some colleagues who change their hair, the color or size when switching jobs. There’s even a Dutch psychiatrist who thinks that rigorous change of hair style predicts the onset of schizophrenia. More recent is the publication of a review on body piercing and psychopathology.

This systematic review discusses 23 studies on body piercing and psychopathology.

So is a body piercing a bad sign?
Nope because most of the research is done in young age groups and adolescents, age groups in which this behavior is more frequent. Moreover, the effect sizes of these studies diminished over time. In more recent studies the effect sizes were very small suggesting that body piercings becoming normal practice instead of a marker of deviance. Some authors even suggest that multiple body piercings are associated with an increased rate of risky behavior while a single body piercing is not a marker of this behavior.

One other factor to be taken into account is the location of the body piercing.

Only 1 study explored BP locations with regard to psychopathology. From a psychological perspective, intimate BPs may deserve special consideration, and it would also appear legitimate to differentiate BP according to the degree of visibility and intimacy.

The authors suggest that general practitioners might screen patients with a body piercing for high risk behavior, and help the patient explore the role of body piercing in their identity. 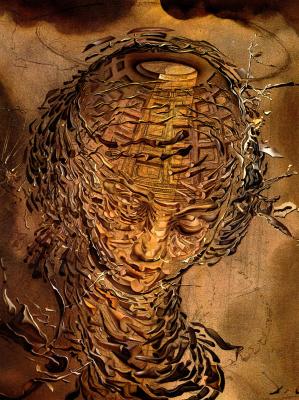 Based on two psychiatric assessment procedures, a computer program investigating the presence of a psychotic disorder and a personality questionnaire, Salvador Dali was found to have a personality disorder for DSM Cluster A and B. He was also found to meet the diagnostic criteria for psychotic illnesses.

You can’t diagnose psychiatric illness without doing a face to face psychiatric examination. Usually personality diagnosis takes even more than one diagnostic interview. Distributing psychiatric diagnoses solely based on “circumstantial evidence”, hear say or news stories is obsolete. Nevertheless these authors from `oxford digested a lot of information on which they based the above conclusions.

Information on his behaviour and art comes from various sources such as his autobiography; literary texts; published interviews with friends, family, and the artist himself; letters; and data on his family history. Here, in addition to a descriptive analysis of such data, a formal diagnosis exercise was attempted, using two psychiatric assessment procedures….

Moreover, their findings are consistent with prior findings in visual artists. Based on biographical information the rate of psychosis in one study was far greater (35%) than in the normal population (2%). Affective disorders were 10 times more prevalent and the rate of suicidal behavior three times greater in a group of New York impressionists. Compared to non art students artists were found to be more deviant on certain personality traits but this didn’t correlate with the individual’s talent. This led to the conclusion that originality with antisocial type of behavior lead to creative achievement, originality alone is not enough.

….whether particular visual artists are more creative than average or not, as a group they do have a propensity to respond antisocially with taboo responses that shock.

Working through all the information about Salvador Dali the authors claim a lot of symptoms of which he might suffer. From exhibitionism to unusual sexual behavior, paranoia and temper tantrums. His mental symptoms worsened after he was left by Gala.

More objective information such as mental illness in the family revealed that Dali’s grandfather committed suicide. His uncle from fathers side also tried to kill himself.

Although Salvador Dali was not “a normal person”, it is still possible that he consciously created an “artistic” personality. Some people say he did all this for the money and in order to succeed. Whatever was or was not wrong with him he still was one of the greatest artists.

it cannot be stated too strongly that Dalí’s deviation from the norm should not be allowed take away any of his greatness. It is too easy to react negatively when the term ‘disorder’ is used, in any context. Dalí and his contribution to the history of art is a perfect example for highlighting the fact that abnormality is not necessarily disagreeable – or to be so readily dismissed as a sign of neurological disease. For without his instability, Dalí may not have created the great art that he did. 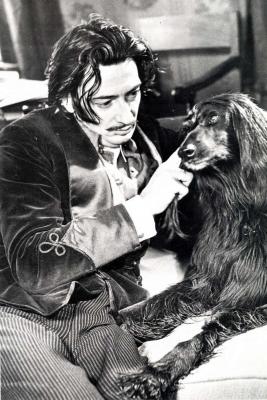