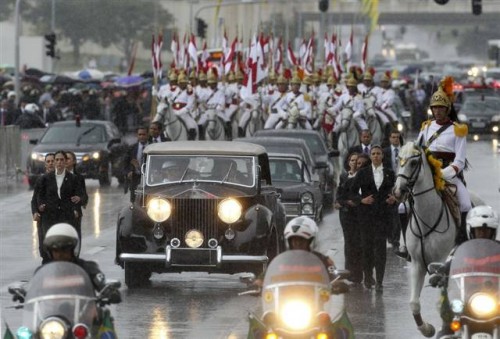 Why some people don’t like the humor of Monthy Python

Humor of nonsense jokes and cartoons is a different sense of humor according to recent research. Not in the sense of the neural processing of humor in the brain or to their structural properties but they differ in content.

The common element of these humorous stimuli is that in their processing the recipient first discovers an incongruity. This incongruity can be easily resolved upon reinterpretation of the information available in the joke or cartoon. The cartoon on the left. Or on the other end of the spectrum, the cartoon on the right it can’t be easily resolved. It’s complete nonsense. The cartoon doesn’t provide a resolution at all. Or it provides a very partial resolution (leaving an essential part of the incongruity unresolved), or actually create new absurdities or incongruities.

This appreciation of nonsense jokes and cartoons is dependable on personality characteristics. Those with a high level of experience seeking appreciate nonsense humor more.

Experience seeking involves a search for novel sensations,
stimulation and experiences through the mind and senses, through
art, travel, music, and the desire to live in an unconventional style

Sensation Seekers, Crazy or Both?

wingsuit base jumping from Ali on Vimeo.

Wondered how they landed with those wingsuits but in the end they use parachutes. Proximity fly? Terrific video, awesome landscapes, even nice music, enjoy. Curious what they will try next?
Want to see it larger, follow this link