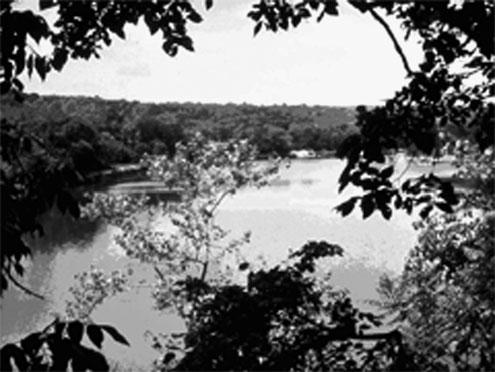 Misconceptions about these wards, however, are so prevalent that patients, especially those newly admitted to a ward for the first time, are anxious and become reluctant or even refuse to receive in-patient psychiatric management.

Wouldn’t it be great to let future first time patients have a look around the ward in virtual reality?

Recent research looked at virtual reality as a way of reducing anxiety for first time patients going to be admitted to a psychiatric ward and how good is virtual reality in raising the level of understanding of the new environment. They made a virtual ward for a virtual guided tour that led the patients to different rooms and locations. The patients had to preform certain interactions on the computer with visual and audio feedback before they could move to the next location. Most of the feedback was on rules and regulations on the ward and about procedures and their explanation such as the need for locked doors. Interaction was with keyboard and mouse. Admitted patients giving informed consent were randomly assigned to the virtual reality group (n=27) or to a non virtual reality group (n=27). Patients in the latter group were allowed to read the information on rules and regulations from a computer screen.

All patients were monitored with heart rate variability measurement, State Trait Anxiety Inventory and a test for their level of understanding of the information offered.

Results
Patients did not differ on anxiety as measured with the heart rate variability but they did differ between groups on the State Trait Anxiety score. Physiologically their anxiety on admission was not reduced by the virtual reality introduction but the participants did find the new approach with virtual reality very helpful to orientate them in the new environment.

Limitations:
This study was done in China, with only females included in the two small groups, randomization was not double blinded, and severe mental illness was an exclusion criterion. To me this procedure looks promising, what do you think?

By the way this picture on the top of this post was made of the building served as the location for virtually all interior movie scenes of “One Flew Over the Cuckoo’s Nest.”

Oregon State Hospital – The largest, oldest, and most famous structure within the institution is the J Building, built in 1883. This building. The Oregon State Government wanted to demolish the J Building in 1988 due to life-threatening health and safety dangers posed to patients and staff. There is an abundance of lead-based paint and asbestos throughout the building. Presently, the J Building is on the brink of collapse and mostly abandoned. Patients continue to be held in remodeled portions, but many believe that a minor earthquake could send the dilapidated structure and patients to their demise.

Virtual Reality for Treatment of PTSD

How is Virtual Reality (VR) done?

VR simulation of situations from Iraq and Afghanistan were provided by means of a two-computer system. The client computer provided 3D images of wartime situations viewed through a head-mounted display (HMD). Movement of the HMD and a joystick controller allowed the participant to move and interact with the simulated world. The second computer served as controller and was used by the therapist to control sights and sounds within the simulation to re-create
situations such as a base camp, battlefield, Iraqi marketplace, or military convoy coming under attack

Six patients were treated with VR, four patients with traditional ET. Both treatments were efficacious and there was no significant difference between the two treatments. Moreover, both treatments also equally improved depressive and anxiety symptoms.

This work shows that patients with combat PTSD can be successfully treated with ETs while in a combat theater.

Another article is about a VR adaptive display called EMMA’s World.

It allows a therapist to customize clinically significant environments for each participant, which can vary according to the significance of the trauma for the individual; this is in contrast to other therapeutic VR approaches that focus on simulating the physical characteristics of the traumatic event with high realism. Rather than aiming for realism, EMMA’s World employs customized symbols and personalized aspects to evoke emotional reactions in participants.

The third publication is a clinical controlled pilot study. Ten patients were assigned to 3 groups: VR with exposure therapy, exposure in imagination and a waiting list group. The group consisted of 10 elderly war veterans with chronic PTSD in Portugal. In this study VRET also shows promising results, also on depressive and anxiety symptoms.

The latest multi-core processors and some smart software allow techniques used by physicists and engineers to simulate the real world in extreme detail to be used to create virtual worlds governed by real physics, rather than the simplified versions used today.
The video above shows how the results are streets ahead of the standard graphics of today. One expert evens predicts that such techniques could be used to create Matrix-like virtual worlds indistinguishable from reality within just a few years.

Civilians can be exposed to traumatic events. Most notably terrorist bombing attacks. In Israel, civilians are a frequent target of terrorist suicide bombers (e.g., attacks on civilians riding on public buses).

BusWorld is a simulation of a terrorist suicide bus-bombing attack designed to treat survivors for PTSD.

In a recent publication this form of Virtual Reality Exposure Therapy was tested on 30 healthy volunteers without PTSD.

The objective of the present study was to measure the amount of anxiety elicited in nonsymptomatic adults in response to four progressively more intense levels of the BusWorld simulation toward the eventual use with people who have witnessed and survived a terrorist bus-bombing attack and developed PTSD.

What is Virtual Reality Exposure Therapy?
In Virtual Reality Exposure therapy, patients go into an immersive computer-generated environment (go back to the scene of the traumatic event) to help them gain access to their memories of the traumatic event, change unhealthy thought patterns, gradually habituate to their anxiety, and reduce the intensity of associated emotions. The therapist’s ability to manipulate the amount of anxiety experienced by the client during therapy is an important element of successful exposure therapy.

How was it done?
The therapist controls the severity of the scenario in the VRE therapy via the pressing of different function keys. The VR was programmed to have 4 levels of intensity. This way the participants and future PTSD patients can be exposed to graded exposure with 4 increasing levels of distress.

In this study with healthy participants the level of distress increased with each level. This suggests that BusWorld may prove to be a valuable medium for providing graded exposure for individuals suffering from PTSD originating from suicide bus bombings.

It has already been tried with survivors of the 9/11 attack on the World Trade Center:

a graded immersive simulation of the events of September 11, 2001, at the World Trade Center in Manhattan.

This has been studied in a controlled trial with a waiting list group. The VRE was more efficacious in reducing PTSD symptoms.

PTSD, Soldiers and War
In a recent article in British Medical Journal it is concluded that an association was found between deployment for more than a year in the past three years and mental health that might be explained by exposure to combat. In other words: Personnel who were deployed for 13 months or more in the past three years were more likely to fulfil the criteria for post-traumatic stress disorder, scored worse on the general health questionnaire, and have multiple physical symptoms. PTSD is frequent among soldiers exposed to combat.

Our group exercise sessions with our physical therapists draw on a range of rehabilitative techniques including strength & conditioning, functional movement and Pilates. Your physiotherapist will take a full history and conduct an assessment to include or exclude directional based exercises in your program. The result is an exercise program tailored to your clinical needs. Utilising a reformer and trapeze table, strengthening and lengthening can be achieved often without aggravation of the injury due to the low impact on the hips, knees and back. Our group exercise sessions are more than a generic exercise class, providing you with therapeutic intervention for your musculoskeletal condition.

This therapy has been used with Vietnam veterans with PTSD:

a helicopter hovering over a rice paddy field, which clients viewed via a head-mounted display

This has been studied in an open trial with good efficacy for PTSD.

A recent study utilized a survey-based approach to examine pre- and post-deployed Soldiers’ knowledge of and attitudes toward using technology to access mental health care.

This is especially important since soldiers often face unique barriers to care, including geographic location, deployment, complex duty environments, and fear of treatment stigma, and may not access the mental health care services they need.